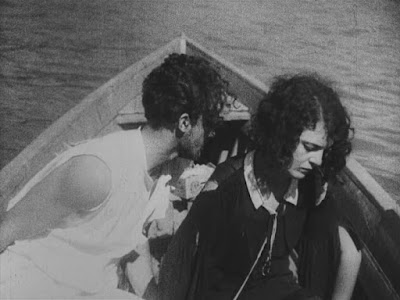 The Lie That Told the Truth (Self) publicity strategies and the myth of Mario Peixoto's Limite
-Bruce Williams, Film History, volume 17, pp.392-403.
Posted by 1001: A Film Odyssey is produced, directed and written by Chris, a librarian. at 1:00 AM 4 comments: 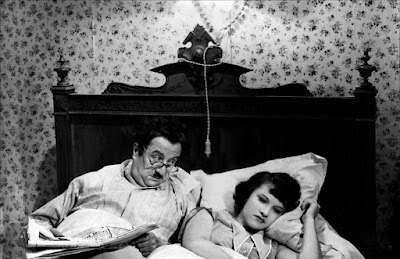 
"Director Marcel Pagnol's village vignettes are superb and completely revelatory, telling us all we need to know about the village and its life, telling it so deftly we scarcely are conscious of his having bothered to describe it."-Frank S. Nugent, The New York Times, February 26, 1940 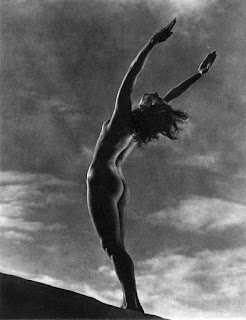 "In the Olympia film, Leni Riefenstahl added a human component to Adolph Hitler's portrait. In the party films (Triumph of the Will), she had portrayed him as a Furhrer who stood apart from all others, but in Olympia, she played up his affable side. He watched the events through his binoculars, chatted with neighbors about the competitions, fretted about major decisions, and grinned when the Germans won. It was somewhat odd for the German chancellor to show up in uniform at a peaceful event designed to promote understanding among nations, in the Olympia film Hitler played the dictator who knew how to behave himself."-Karin Wieland, Dietrich & Riefenstahl: Hollywood, Berlin and a Century of Two Lives

"With Olympia, Riefenstahl had succeeded in making an overly political motion picture that is still considered one of the finest sports films ever made. Olympia set new benchmarks for cinematic sports coverage."
-Karin Wieland, Dietrich & Riefenstahl: Hollywood, Berlin and a Century of Two Lives

There is a lot to unpack in watching Olympia now. We have a real artistic vision here from director Riefenstahl, connecting the 1936 event to ancient days of competition through a series of images like the one above. We then have the competition among athletes with everyone rooting on their own country, whether USA, Japan, Britain, or the hometown Germans. I found myself becoming interested in the results of the competition, though most if not all these athletes are long since passed away.

Jesse Owens winning Gold Medals is what many remember most from this Olympics, but I also liked watching many of the other events, many enhanced by Riefenstahl's intense and glaring camera. The drama of the Marathon was a particular favorite of mine

But despite getting into the competition, the political component of the film is what people may get out of it now. As mentioned int the quote above, Hitler and those in the Nazi party are background figures, seemingly just humbly rooting the Germans on to victory...but we all know there is disaster for the world on the horizon. -Chris Cox, 1001: A Film Odyssey 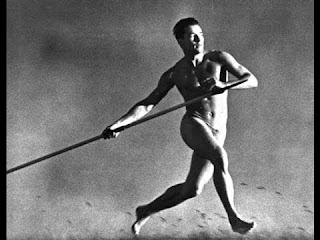 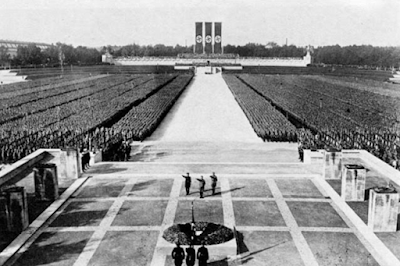 Triumph of the Will was conceived of as a lasting document, and it certainly has become one. Director, Leni Riefenstahl's images continue to have a powerful impact to this day. Excerpts and stills from Triumph of the Will are shown again and again to show the relationship between Hitler and the Germans."-Karin Wieland, Dietrich & Riefenstahl, Hollywood, Berlin, and a Century of Two Lives.

Leni Riefensthal's documentary Triumph of the Will was commissioned by the Nazi Party and filmed at the Nazi Party Congress in Nuremburg and included excerpts of speeches from high ranking Nazi officials as well as showing off the power of the Third Reich and how the people so gleefully (at least that's the way it was presented) accepted them. Understanding that Triumph of the Will is a propaganda piece, the film still is a record to a horrifying moment in time that needs to be seen.-Chris Cox, 1001: A Film Odyssey 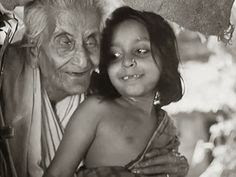 The needs of the old and the young
in Pather Panchali

"Satyajit Ray's inspiration was primarily European, but he brought to his work qualities that were wholly his own. Trained as an artist and self-taught as a composer, his artist's eye and his composer's sense of rhythm lend grace to his films, while his warm, watchful compassion embraces all his characters good or bad."-Philip Kemp, 501 Movie Directors

In Pather Panchali, Ray's first film of three that would later become know as The Apu Trilogy, we see the world through the eyes of different generations of an Indian family: the elderly aunt, the poetical dreamer and his more realistic wife, and their son and daughter (Durga and Apu). The family experiences hope and occasional glimpses of happiness, but much of the movie focuses on hardship and death. It seemed at first glance a simple work to me, focusing on the mundane to tragic events of their life in the village, but the seeming simplicity speaks to truth in a manner that has many layers and makes this a film I definitely need to watch again. The movie also benefits greatly from the musical score of Ravi Shankar.-Chris Cox, 1001: A Film Odyssey
Posted by 1001: A Film Odyssey is produced, directed and written by Chris, a librarian. at 4:28 AM 2 comments: