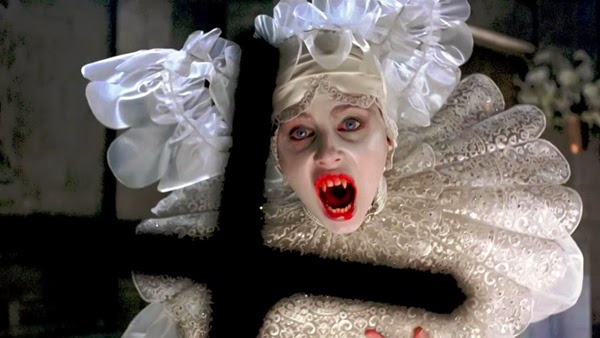 Plot: .It's the Dracula story. You mean you don't know it?

Favorite part: I always like many of the little touches that Francis Coppola and his crew put together for his films, particularly period pieces. Just the meeting between Dracula and Mina at the Cinemateche is a nicely disconcerting scene.

Least favorite part: .I have nothing against this adaptation. I think it's a fine adaptation of the book. And I've read the book a couple of times. But I've seen so many Dracula movies now! There's the Bela Lugosi Dracula, there's two different versions of Nosferatu, there's The Horror of Dracula and there's this version by Francis Coppola. And these are all entries in at least one edition of the 1001 book! This doesn't take into account the many other versions of Dracula and it's sequels and TV versions and musical and ballet Dracula's, etc. etc...I'm just a little Draculed out.

Scariest part: The stake through the heart and decapitation of Lucy.

Best screaming: I like Renfield's (Tom Waits) screeching pleas from behind bars about wanting to serve his master. But I was always partial to Renfield. 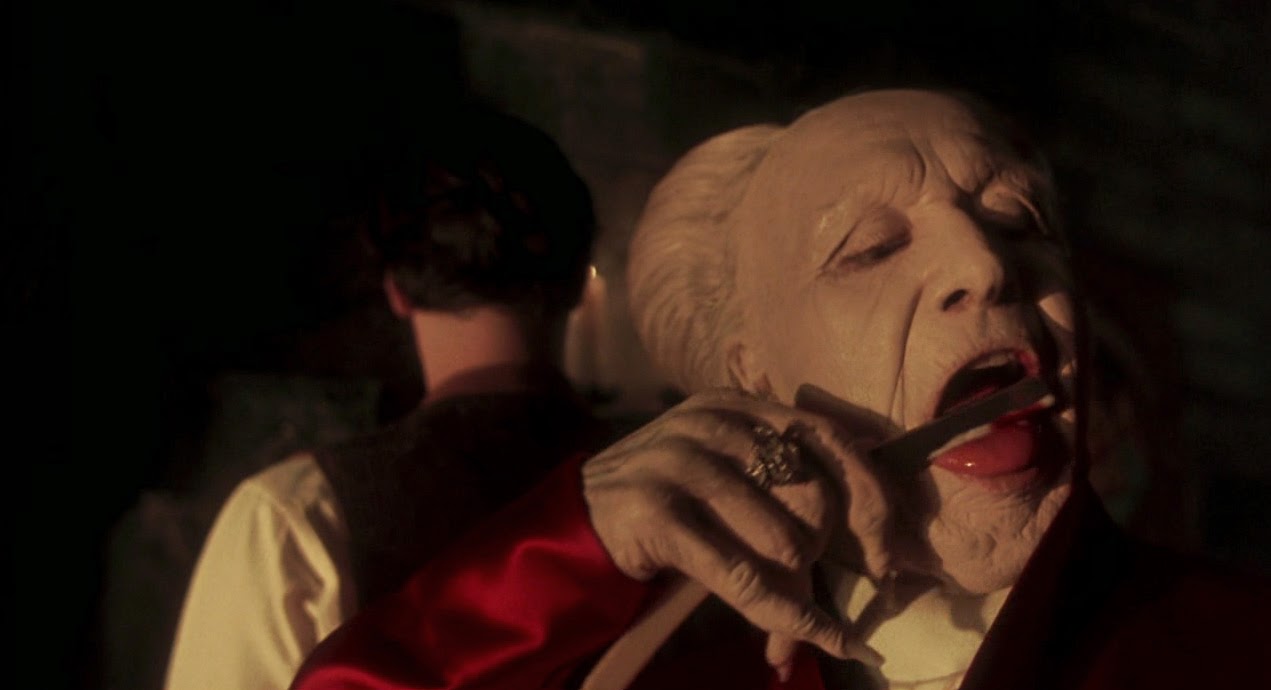 Additional casting notes: The actor who seemed to get the most raspberries for this film was Keanu Reeves as Jonathan Harker. I admit, he doesn't exactly steal the movie. But I do think Winona Ryder as Mina and Anthony Hopkins as a very animated Van Helsing are fine. And I've liked Richard E. Grant (Seward) in everything I've seen him in. And, yes, Gary Oldman's Dracula seems to be imitating Lugosi in the opening scene (which I liked) but he quickly makes the character his own.
Posted by 1001: A Film Odyssey is produced, directed and written by Chris, a librarian. at 8:37 AM