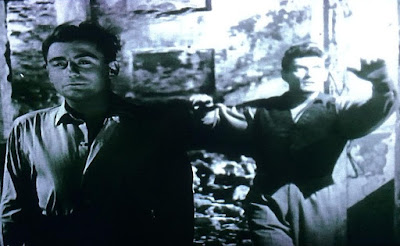 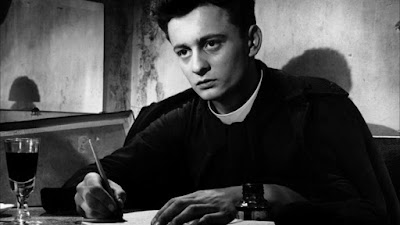 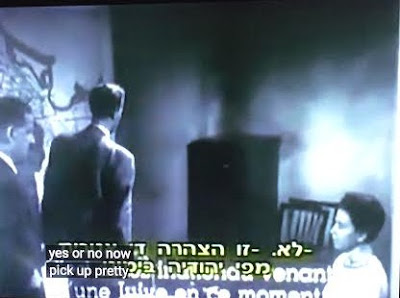 Hill 24 wasn't that easy to find. The version I found was in segments on YouTube and it came with Hebrew subtitles (didn't help) and French subtitles (didn't help) and English closed captioned subtitles that got the dialogue on the screen wrong more often than got it right. I don't know what the line was in the screen shot I took above except I'm pretty sure it wasn't "yes or no now pick up pretty."
Posted by 1001: A Film Odyssey is produced, directed and written by Chris, a librarian. at 10:24 AM