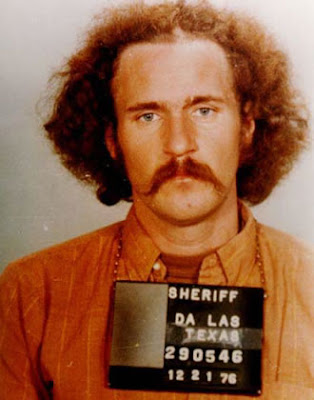 I was reading Chuck Klosterman’s book Eating the Dinosaur when I came across this quote about Errol Morris:

Errol Morris is the most recognized American documentary filmmaker of the modern era and arguably the finest American nonfiction director of all time. What makes Morris such a brilliant artist is the simplicity of his technique: He simply asks the questions, films their response, and then finds stock footage that accentuates the import and context of what his subject is saying. He does this through the use of "interrotron," a self-designed camera that allows the interview subject to see a live image of Morris's face in the eye of the recording camera.

Arguably the finest American nonfiction director of all time.
A bold statement. I decided to check out Morris’s Academy Award winning film on Robert McNamara The Fog of War, as well as, Morris’s film from the 1001 movie list, The Thin Blue Line.

I definitely got McNamara’d with The Fog of War. Morris picked as his main subject someone who is brilliant, controversial, a major player in 20th century politics and mostly forthcoming. Let the cameras roll, let McNamara speak and all that’s left is asking the right questions and editing the material in the right order (which is not always chronological).
The necessity of fire bombing large Japanese cities during World War II is studied. The narrow aversion of a catastrophic war during the Cuban Missile Crisis is examined. At least we’ve learned our lesson from the Vietnam War. Right? Oh, I forgot. We haven’t.

The Thin Blue Line tells the story of the accusation and trial of Randall Adams for the murder of a Dallas police officer. It examines how justice works. Well, it actually shows how justice doesn’t work. Morris’s style of telling his story through interviews and recreations has been done over and over again since, but it is interesting that he gets almost all the main players involved in a complex criminal case and trial to appear in interviews.

I really like the way Morris picks his images based on the material presented. In The Fog of War, he has a tape recording of Mcnamara and LBJ discussing Vietnam policy. He shows a reel tape spinning on the screen during the exchange, the tumblers to the tape counter dramatically changing to the next number as they speak. He uses the same technique to show low-life David Harris’s tape recorder confession in The Thin Blue Line.

The Fog of War’s subtitle includes Robert McNamara’s eleven lessons of war. I was wondering if these lessons could also be applied to The Thin Blue Line. I’ll give it a shot.

1.Empathize with your enemy
The Dallas County shrink’s “attempt” in this regard toward Randall Adams was to get him to draw a few pictures and ask him what “A rolling stone gathers no moss” means. His conclusion from this 15 minute exercise: NO PAROLE! Next!

2. Rationality will not save us
Someone completely untrustworthy points at you and says “You did it.” Shouldn’t the logical conclusion be “That witness is unreliable” instead of “He must have done it?”

3.There's something beyond one's self
There may be a thin blue line of police that separates the public from anarchy, but the fog of war is so complex, it’s beyond the human mind to contemplate all the variables involved.

5. Proportionality should be a guideline in war
If you’re going to see a Swinging Cheerleaders double feature at the drive-in, you might consider just leaving after the first one is over.

6. Get the data
If the accused leaves the crime vehicle two hours before the crime takes place then the accused probably didn't commit the crime.

7.Belief and Seeing are often both wrong
Especially when the damn witnesses are just making it up for money anyway.

8. Be prepared to reexamine your reasoning
One of Adams’s defense attorneys says something to the effect of “the wheels of justice began rolling in the wrong direction and began going so fast noone could stop them.” Obviously, the D.A.’s office didn’t take this guideline to heart.

11. You can't change human nature
David Harris was clearly on the road to being a lifelong criminal at 16. He finally did something that stuck enough to send him to the electric chair in 2004.

The Thin Blue Line is a recommended documentary, but The Fog of War is the one I’d choose for the 1001 list. 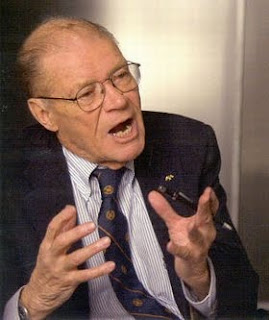 Posted by 1001: A Film Odyssey is produced, directed and written by Chris, a librarian. at 5:13 AM