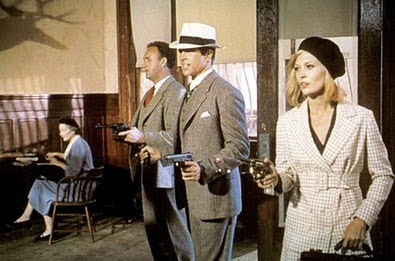 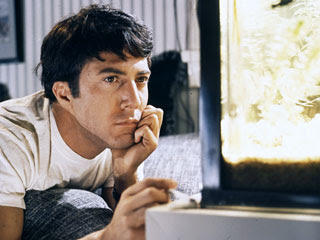 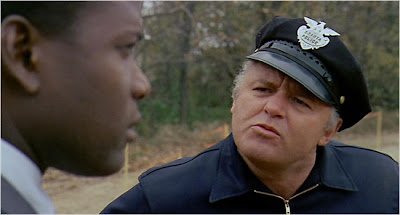 Mark Harris’s book Pictures at a Revolution recounts elements of the motion picture business during the turbulent and transitional year of 1967. The book gives particular insight into the five movies nominated for Best Picture that year: Bonnie and Clyde, The Graduate, In the Heat of the Night, Guess Who’s Coming to Dinner and Doctor Dolittle.

At the Academy Awards that year, In the Heat of the Night won Best Picture, Best Adapted Screenplay and a Best Actor Oscar for Rod Steiger and did pretty well at the box office.

The Graduate won Best Director and was a huge and influential hit.

Guess Who’s Coming to Dinner was the biggest hit of director Stanley Kramer’s career, despite the films mediocre to unenthusiastic reviews. The movie also won a Best Actress award for Katherine Hepburn and a Best original screenplay award for William Rose.

Doctor Dolittle won the Academy Award for best song (Talk to the Animals) but was largely a critical and financial disaster.

If I looked back on my viewing of these films, my choices for favorite would have varied according to when I viewed them.

In the late 60’s my choice would have been Doctor Dolittle. Now that really isn’t fair, I know, as I was only five years old when it came out and was the only one of these five films that I could watch or would have even been interested in watching. I thought the two headed-llama (the Pushmi Pullyu) was amazing! Talk to the Animals was such a fun song! And that giant sea snail? Well I thought it was pretty cool even if everyone laughed at how fake it looked. Of course, my choice for greatest movie of all-time at that point would have been Disney’s The Jungle Book, but it wasn’t nominated.
My 1968 choice for Best Picture from this list: Doctor Dolittle

In the early 70’s when I was eleven or twelve, my choice would have been Bonnie and Clyde. Lots of action. Lots of fun, even if what the Barrow gang was doing was pretty unseemly. And that ending? Awesome! Favorite character: Michael J. Pollard as C. W. Moss.
My 1974 choice: Bonnie and Clyde

Then by the late 70’s, I saw The Graduate, and it immediately became one of my favorite movies. It’s funny, is a great depiction of the uncertainty of youth. It has memorable performances by Anne Bancroft and Dustin Hoffman and those perfect Simon and Garfunkel songs for the occasion. And that ending? An even better finale than Bonnie and Clyde.
My 1979 to present choice: The Graduate

It might make for a better ending to this rant if I now pick In the Heat of the Night or Guess Who’s Coming to Dinner as my favorite now, but I really don’t think The Graduate is going to be beat. We’ll see…

After watching all five of these movies recently...

Guess Who’s Coming to Dinner: The racial situations depicted in this film may seem a bit naïve and over the top, but the theme of harmony and getting along with others at least has its heart in the right place. Plus it’s pretty funny and the trio of stars, Katherine Hepburn, Sidney Poitier and Spencer Tracy in his last role, is worth watching. I wouldn’t call it Best Picture of the year, but in my re-watching I liked it better than I thought I would

In the Heat of the Night: I liked this one less this time than in my previous viewing. Supercop Virgil Tibbs (Sidney Poitier) comes to a small southern town and uses an astute power of reasoning that would make Star Trek's Mr. Spock blush to try to solve a local murder. All this while the local rednecks (which seems to be pretty much everyone in the whole town of Sparta) seems to want to beat him to death with a tire iron. Rod Steiger’s Chief Gillespie is the only one who seems to not want to beat Virgil Tibbs to a pulp, though he does try to run him out of town several times. Gillespie also proves to be a rather poor police officer, arresting the wrong person for the murder three times-including his own deputy! I may be a little overly sensitive to the issue of the way Southerners are depicted by Hollywood and I know this movie is over forty years old, but there you have it. I do think Rod Steiger is quite good, but this definitely isn’t my Best Picture choice for 1967.

Bonnie and Clyde: I’ve read a couple of revisionist Oscar takes where it is acknowledged that Bonnie and Clyde should have taken home the Best Picture award. One thing I liked about the film were some of the smaller touches, such as Bonnie and Clyde tying up a police officer and taking pictures of him with the Barrow gang as if they are posing for a yearbook. I also liked the plot point of Clyde being impotent, which raises a lot of motivational questions for both him and Bonnie. The unseemly nature of the Barrow gang’s exploits does bother me more now than it did when I watched it in the early 70’s. Still love the ending, but Bonnie and Clyde is still not my choice.

Doctor Dolittle: As badly as this movie has been trashed by critics over the years, I honestly didn’t find it all that bad after viewing it all these years later. All the problems with the shoot of this film are entertainingly accounted for in Harris’s book. As far as the actual movie itself, the songs are kind of fun and there are some clever touches with Dolittle’s conversing with animals. I’m even okay with the sea snail. Nonetheless, it was pretty silly to give this a best picture nomination over such films as In Cold Blood.

But the winner for me still is…
The Graduate: I’ve probably seen this about ten times now. It’s not a perfect movie. I thought Ben and Elaine’s relationship seemed rushed. Weren’t they only on their second date before they are broken up by Mrs. Robinson?
And the change in the naïve Ben in the first half of the movie to the obsessed overconfident Ben in the second half can seem a little jarring. Though I do think that growth is part of the point.

Ten memorable scenes from my favorite movie of 1967

1. Ben’s journey on the moving sidewalk over the strains of Sounds of Silence “Hello, darkness my old friend.”
2. The party in the opening scene. “Plastics”
3. Mrs. Robinson’s initial seduction of Ben “You are trying to seduce me aren’t you?”
4. The nervous Ben trying to get a room from Hotel Clerk Buck Henry “Are you here for an affair.”
5. Some great editing including the scene where Benjamin leaps toward the raft in his pool and lands on Mrs. Robinson in their hotel bed.
6. The scene in which Ben tries to get Mrs. Robinson to engage in small talk in their hotel room is funny at first, but is ultimately quite sad. “Let’s not talk about it. Let’s not talk at all.”
7. Elaine Robinson’s discovery of Ben’s affair with her mother. “Goodbye, Benjamin.”
8. Mr. Robison’s dressing down of Ben. “You’ll pardon me if I don’t shake hands with you”
9. The mad dash for the church to stop Elaine’s wedding. “Elaine! Elaine!”
10. Ben and Elaine escape from everything by bus in the final scene….but as Mike Nichols said, one day they will probably turn into their parents.

And thanks to Mark Harris for his informative and entertaining book. 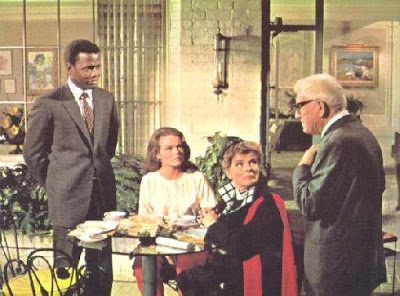 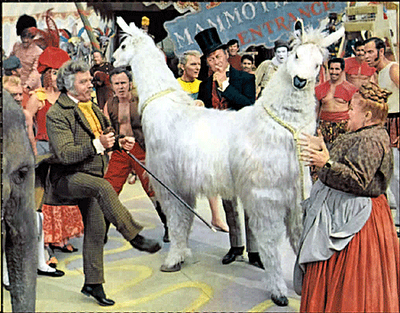 Posted by 1001: A Film Odyssey is produced, directed and written by Chris, a librarian. at 5:29 AM