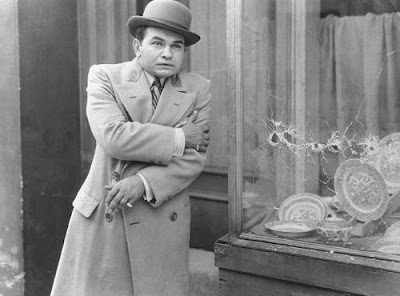 “Listen you crummy, flatfooted copper…I’ll show you whether I lost my nerve…I’m coming after you see, and I’m gonna put one in your dirty hide for every lying crack you made about me, see? I’ll show you who’s gonna finish up in the gutter…Get your hat and start running, see, because you’re all through. Call up the papers and tell them that you rotten dirty, lying copper!”
Posted by 1001: A Film Odyssey is produced, directed and written by Chris, a librarian. at 8:13 PM