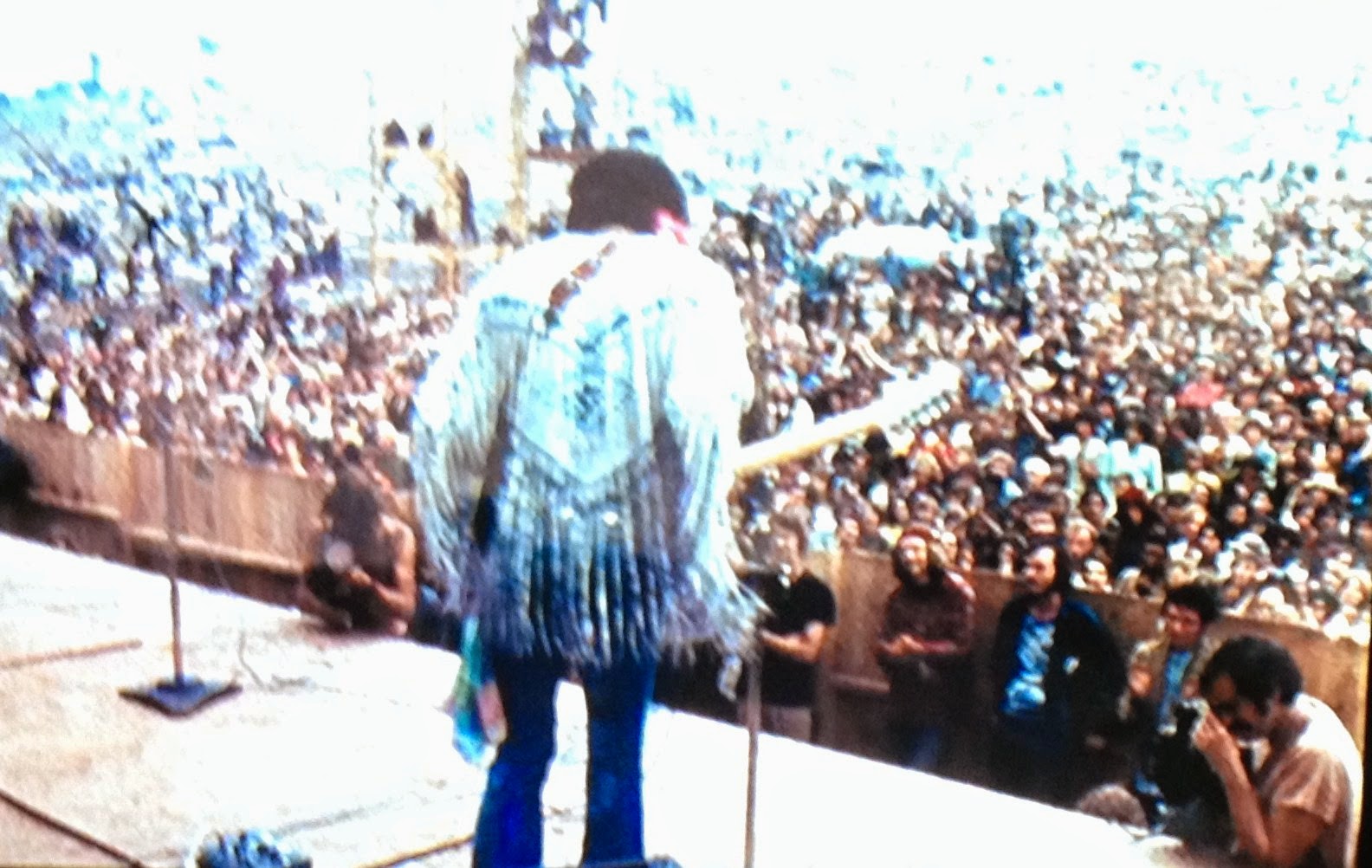 
Plot synopsis: Documentary of the fabled 1969 rock concert that featured three days of rock and peace.

It's some  60's kind of quotes...
The Organizers: (Michael Lang and Artie Kornfeld) This culture and this generation...You see how they function on their own. Without cops, without guns, without clothes...everybody pulls together and everybody helps each other.. and it works. It's a free festival...It's hard to think financially when you're talking about something like this..Look at what you got there...You can't buy that for anything...This is really beautiful, man. These people are communicating with each other.

The Farmer: (Max Yasgur) This is the largest group of people ever assembled in one place, and I think you people have proven something to the world: that a half a million kids can get together and have three days of fun and music and have nothing but fun and music, and I God bless you for it!

The Vendors: Some people call it a bum trip. I don't think there's such a thing as a bum trip. People been saying that some of the acid is poison. It's not poison! It's just bad acid...It's manufactured poorly. So anybody that thinks they have taken some poison, forget it. If you feel like experimenting, only take half a tab.

The Crowd: My parents knew there'd be drugs there, that it'll be a bit wild. They didn't want to come. I know they'll be drugs everywhere and I wonder what it will all be like. I've never been away from home before. I wonder what will happen to us.

The Crowd: Like wow! These people are really beautiful, the cops, the storekeepers, the army, everybody!

The Squares: You want me to explain it in plain English? A shitty mess!...They were all on pot!

The Performers: (John Sebastian) Just love everybody all around you and clean up a little garbage on your way out and everything gonna be alright.

The Performers: (Arlo Guthrie) Far out, man! I don't know if you can dig how many people there are, man...Like I was rapping to the fuzz...Can you dig it? New York State Thruway is closed, man! Lotta freaks.

And of course, you don't get much more 60's than Wavy Gravy: Good morning! What we have in mind is breakfast in bed for four hundred thousand!

Sex: Lots of the crowd sheds its clothes as well as its inhibitions.

Drugs: I do believe there were some drugs taken at Woodstock, but if you take the Brown Acid, don't worry, it is not poison!


Rock and Roll: So many icons of the era: Joe Cocker, Jimmi Hendrix, Richie Havens, Jefferson Airplane, The Who, Ten Years After, Crosby, Stills and Nash, Country Joe and the Fish (below) and many others...Though I still can't figure out what the hell Sha Na Na was doing there! 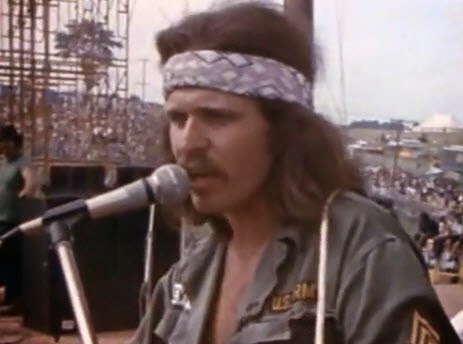 Posted by 1001: A Film Odyssey is produced, directed and written by Chris, a librarian. at 5:45 AM