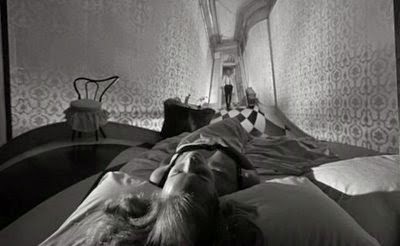 Ted Turner's Atlanta area Superstation was the first TV channel that I ever experienced that showed movies through all hours of the night! And I watched quite a few of them growing up in the 70's. Perhaps the one I remember the most from this period was an odd film called Seconds. Perhaps the reason I remember it so well is because I only saw a portion of it, but the portion that I did see, I've never been able to shake.

Seconds is the story of a successful middle-aged man whose life has become stagnant and is given the opportunity to toss aside his old life and start anew through an operation that can gives him a different body and identity.

When I first watched this movie those thirty-plus years ago, it was kind of late at night and I fell asleep during the middle of it. So, I really only watched the first and last of it. I still liked it. Who needs the middle part, anyway? I think the dreamlike quality of this unusual movie seeping into my brain may have been aided by my falling in and out of sleep. I believe I tried to watch it again a year later and the same thing happened!

My memories of the movie over time were enhanced by the way I saw it. In fact, when I made a list a few years ago of my favorite movies, I felt obligated to put Seconds on it even if I hadn't seen the whole thing!

I can't recall it ever being on television in recent years and I never chose to seek it out. But since it is on the 1001 movie list and Criterion has put out a new DVD of it, I decided it was time.

It's funny (or maybe not so funny) that I'm now the same age as the main character in this movie. It really makes it seem odd that I was fifteen or so when I first saw it. I hopefully am not feeling the same dead end stagnation in my own life that the main character is feeling today, but it is definitely food for thought.

There are a few movies that I experience in an unusual way, but I think this is at the top of that list.So look for yourself and try not to fall asleep while watching it, but if you do that isn't necessarily a bad thing. 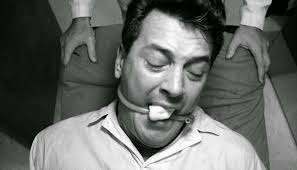 Posted by 1001: A Film Odyssey is produced, directed and written by Chris, a librarian. at 4:00 PM