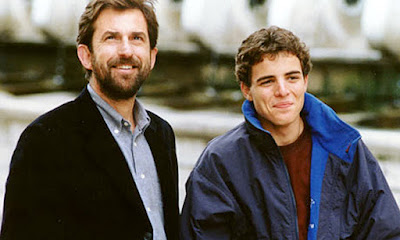 Considering I knew this was a film about how a family copes with the death of the son in the family, I felt myself during the first half hour of the movie just waiting for the inevitable demise of the titular son. But once the son dies, the drama unfolds to be a bit more than the standard movie of the week. The father is a psychologist and I liked the way we are slowly shown how he simply can't deal with his patients anymore. The film has a reminds me in subject matter and tone of Ordinary People (but with subtitles).
Posted by 1001: A Film Odyssey is produced, directed and written by Chris, a librarian. at 9:34 PM