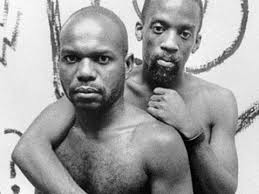 What kind of prejudice does a black man who is gay have to deal with? This short documentary combines archival and news footage as well as the personal experiences of director Marlon Riggs. It is not always easy to look at...but then it's not suppose to be. It will make you think about how prejudice has many different levels and expresses itself in different manifestations. At least I think it should. A sidenote of this film is that 1992 Presidential candidate Pat Buchanan used this as an example of governmental sponsored pornographic art in one of his attack ads against George H. W. Bush. 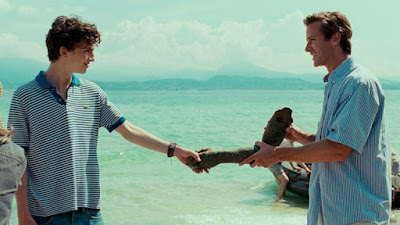 It's interesting that a romance between two gay men (though one is only 17) really isn't that unusual anymore on the big screen. In fact, the gay themed Moonlight even won Best Picture in 2017. Call Me By Your Name (2017) is the story of Elio, the precocious son of a professor living in Italy, and Oliver, his father's grad student. The two have a relationship that develops slowly, in fact so slowly I was beginning to wonder if anything was ever going to happen between them! The film is set in 1983, as we call tell by all the intellectuals reading books in public, pay phones and cassette players and we even get a slide show presentation within the film! (How I miss those). Also, in 1983, the two main characters recognize that a potential life together is not even a possibility to consider, despite the fact that Elio has very understanding parents. In fact, Oliver announces his engagement to a woman during the last of the movie. I suppose in the sequel, we can find out just how well Oliver's marriage worked out. Arnie Hammer and Timothee Chalament star. James Ivory (of Merchant/Ivory fame) won an Oscar for his screenplay .

Posted by 1001: A Film Odyssey is produced, directed and written by Chris, a librarian. at 1:35 AM