AND THE FINAL BEST PICTURE WINNER
THAT I HAVE NEVER SEEN BEFORE IS...
#1 The Last Emperor 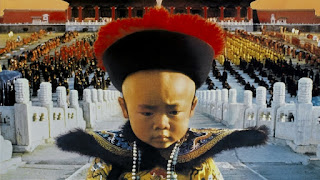 Lastemperoritis-The inability to finish a list of movies you want to see because you never seem to be in the mood to watch a three-hour film about a toddler that becomes emperor of China.

"What interests Bertolucci-who by now had emerged as far more the child of Freud than of Marx-was the indecision, the passivity, the powerlessness of Pu Ti. And by far the most beautiful passages of the film are those of his sexual education and later humiliation, as a figure so pampered that he hardly has identity, let alone character."-David Thomson, Have You Seen...

The Last Emperor is Bernardo Bertolucci's epic which covers roughly fifty years of China in the twentieth century is undeniably beautiful to look at. The story of the young emperor trapped by his own title and then set out into the world as a commoner and eventually a prisoner has appeal, too. It has a Lawrence of Arabia flavor to it which had to appeal to Academy voters. It even had Peter O'Toole-Lawrence himself as the only prominent Westerner in the cast! There were some slow parts, so I can't say I was riveted from beginning to end, but I think this one could have easily been an entry in the 1001 book....And it only took me thirty-two years to get around to seeing it!

The Last Emperor and Hope and Glory were the only two films nominated for Best Picture this year that didn't make the 1001 book.

Well, I've seen them all now. Ninety-some odd films that have won Best Picture. I'm working on watching the major contenders for next month's Academy Awards, we'll see how that goes. 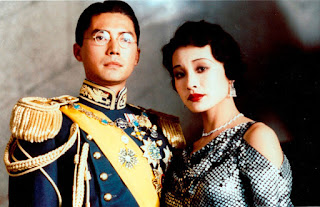 John Lone and Joan Chen in The Last Emperor 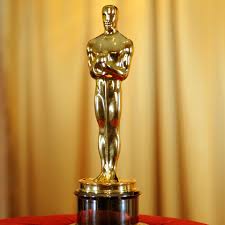