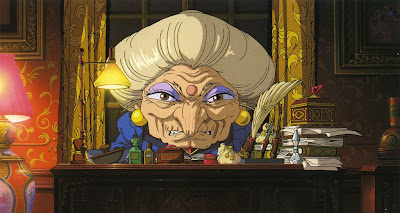 I've been wondering what the critical consensus is on some of the movies I’ve looked at recently.

So where better to look than www.rottentomatoes.com, which gives films an up or down rating based on the opinions of a community of critics? Don’t answer that. It’s a rhetorical question. Anyway here are some of the ratings.

Citizen Kane 100% positive ratings.(Good thing there are no dissenters. They would probably be drummed out of the critics union.)
A Clockwork Orange 90% positive (Got mixed reviews when it first came out, but now, well you do the math.)
Annie Hall 98% positive (There are people that don’t like Annie Hall, but not many critics.)
Jean Luc-Godard’s Two or Three Things I Know About Her 93% positive (Considering how unusual this movie is, I’m surprised the percentage is that high.)
Chariots of Fire 86% positive (Still haven’t seen it, but will one of these days.)

But lets face it. It’s often more fun to look up reviews of bad movies.
Bio-Dome 5% positive. (I think the one critic who liked Bio-Dome really HAS been drummed out of the critics union.)
Battlefield Earth 3% (The three critics who liked this shows that you can usually find someone to like anything.)
Plan 9 From Outer Space 66%. (Talk about time being kind! Even the critics that pan it seem to have affection for it.)

I’m getting off subject. What was my subject?

One question that comes to my mind is whether or not criticism even matters. This weeks 92% negative reviews for The Last Airbender haven’t prevented it from making 51.8 million dollars last weekend (Note: I have no idea what The Last Airbender is. What? It’s from M. Night Shyamalan? Thanks for telling me.)

Why do I bring this up? I was taking a look at the anime Hayao Miyazaki's Spirited Away.

It got a whopping 97 % approval. And I’m sure the four out of 150 who didn’t like it aren’t really nice people anyway.

One of the most creative movies I’ve ever seen, but don’t take my word for it. Heed the words of professional critic Eleanor Ringel from the Atlanta Journal-Constitution. I quote Eleanor because she was the AJC critic I used to go to in the 70’s and 80’s. Eleanor, I’m glad you are still doing reviews and doing them in an actual newspaper to boot!

If Lewis Carroll were alive today, and making movies instead of writing books, "Spirited Away" is the movie he'd make. Not since he sent Alice tumbling down that rabbit hole has there been such a rapturous mix of whimsy and the surreal.-Eleanor Ringel.

Thanks for everything, Eleanor.

Posted by 1001: A Film Odyssey is produced, directed and written by Chris, a librarian. at 3:46 AM