1. The Empire Strikes Back

5. Any Which Way You Can

Favorite of the top 5: Airplane! Silly in spots and often imitated, Airplane! gets the nod only partly because it is the movie I have quoted the most over the years. Of course, whenever I say "I take my coffee black, like my men," I always make sure to explain the context. 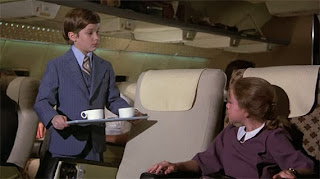 Least favorite of the top 5: 9 to 5. Perhaps I always read this movie wrong, but I actually sympathized with the Dabney Coleman "boss" character when these women took their revenge on him. I'm pretty sure this wasn't the filmmaker's intent. 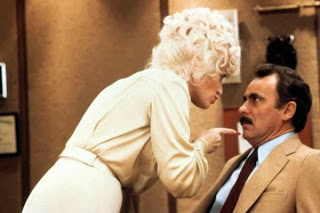 Also from 1980: The only two 1001 movies from this list are The Empire Strikes Back and Airplane!. I've already done blogs on them. So I've had to go down deeper on the box office list to find anything. 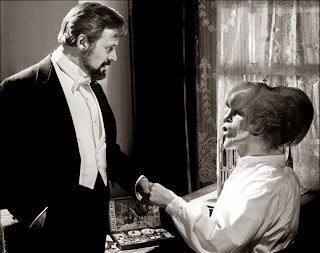 Coming in at #25 for the year is the critically acclaimed film, The Elephant Man.

I first heard of The Elephant Man when his story was recounted in a chapter of The book Very Special People by Frederick Drimmer. Drimmer included a chapter written by Dr. Frederick Treves about his horribly deformed patient named John Merrick.

A couple of years later, I saw the stage version of The Elephant Man, where there is no special makeup for the actor playing Merrick. The audience just had to use it's imagination with the help of the actor playing the part to picture Merrick's aliment.

The movie version of The Elephant Man I saw  at the theater when it first came out and haven't seen since. Watching it again, it strikes me as a very moving piece and succeeds in showing the humanity underneath Merrick's affliction. He comes across as a most noble sort and we root for him to find a shred of happiness in what has been a very bleak existence. 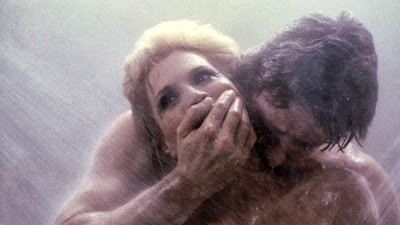 At number #21 for the year 1980, we have Dressed to Kill. I actually had to go off the list for this one, but it was one of my favorite movies when I saw it in the Summer of 1980. Even then, it appeared like a reworking of many of the themes of Psycho, but I was willing to overlook that as it was still pretty provocative, well done and suspenseful.

Seeing it again, I still liked it. De Palma certainly knows how to build suspense well, and you may want to check it out if you like the genre or De Palma's other movies. Or if you just want to see Angie Dickinson (actually her body double) naked.