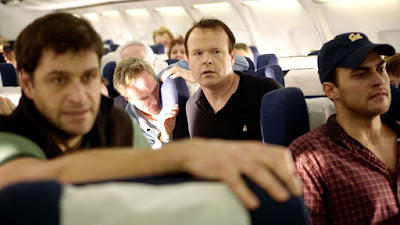 I really didn't want to watch United 93, the story of the passengers aboard the title plane on 9/11, again. No disputing the quality of the film, but it's such an emotionally charged story about a time most of us remember all too well and we know it isn't going end pleasantly for anyone on that plane. But I did watch it again and it was as emotionally draining the second time.

Should you even recommend a film that many people will understandably not want to watch?
Posted by 1001: A Film Odyssey is produced, directed and written by Chris, a librarian. at 3:33 AM