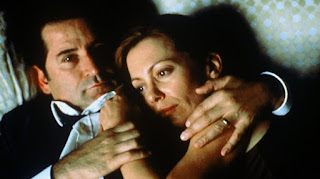 Anthony La Paglia comforts his wife Kerry Armstron
in Lantana
Lantana is a multi-character Australian drama that touches on genres, but doesn't quite fall neatly into any of them. It is part police procedural, but deviates too often from that focus to be labeled as such. The intersection of characters makes one think it more of an indie film, yet has that traditional plot of being focused on a murder that needs to be solved. There is also sex and odd romances, but I wouldn't label it under that either. The elusiveness of categorizing the film is part of its appeal for me. I also like the feel of it being set in Australia. It gives it a different vibe for me as a viewer than if it were set in small town American. The fine cast is headed by Geoffrey Rush, Barbara Hershey and Anthony La Paglia.

Jim Broadbent is the master of ceremonies in
Moulin Rogue!

This wildly extravagant movie set in Paris around the turn of the century where the bohemians try to get their art out with the help of the Parisian money men is pretty entertaining. Nothing is held back here as far as exotic dance numbers and songs, many of which are modern era pop songs. How you like this movie may depend on how you like the film's main lovers (Nicole Kidman and Ewan McGregor) singing Elton John's This Song or Toulouse-Lautrec singing The Sound of Music. My favorite musical number is certainly Jim Broadbent singing Like a Virgin! Good fun all around. Directed by Baz Luhrmann.
------
Here's where I list films I have seen that didn't quite have the right stuff to make any 1001 list. I've got to admit, it's a pretty small list of films I've seen for that year. Maybe I was just busy doing other things? That must be it...I have a life you know! There's many others on the list of films that came out that year I've meant to get around to seeing but... haven't got around to them yet! Okay, no more excuses.

Here's the list of films seen, such as it is (And none are from Australia!): 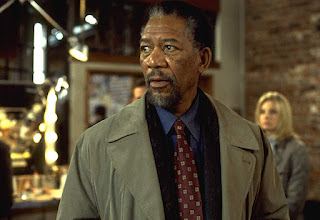 A Beautiful Mind
One of the few Best Picture winners to never make it in any 1001 movie edition. This story of the brilliant but delusional John Nash is full of surprises on a first viewing and still worth watching a second time. Would definitely make my 1001 list. My wife says, "Makes mental illness cool." I say, "She should know." 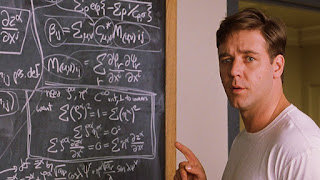 Hannibal
The further adventures of Hannibal Lecter isn't as compelling as the first, but Anthony Hopkins as Lecter is always worth watching. My wife says "Unappetizing." 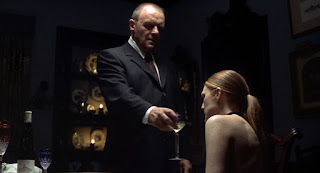 Not the scene in Hannibal where Ray Liotta is eating
his own brain. Ack!

Harry Potter and the Sorcerer's Stone
First of the series to hit the big screen. Enjoyed seeing these films with my family, but don't quiz me on what events happens in what particular Harry Potter movie-I may not do to well. My wife says the casting in this movie is amazing! 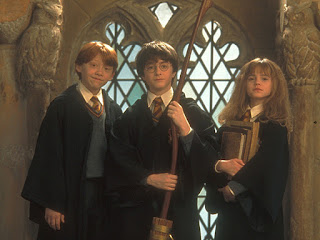 The amazing cast
of Harry Potter and the Sorcerer's Stone


Jay and Silent Bob Strike Back
Kevin Smith and Jay are fun to watch...for awhile. I think I like them more as supporting characters. Smith is a creative comic mind, I admit.

Jay and Bob don't strike out,
but don't hit a home run either 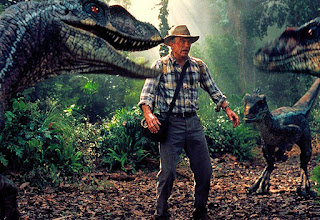 Legally Blonde
I do like Reese Witherspoon...but I can't say this movie was in my wheelhouse. My wife says "The Legally Blonde musical didn't work." 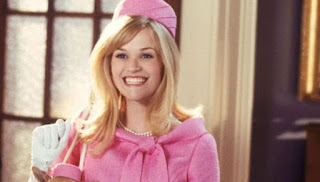 The Man Who Wasn't There
Underrated Black and White noir Coen Brothers movie.. My wife says, "She wasn't there for that one." 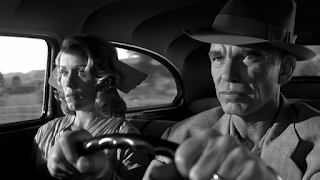 Monsters Inc.
What's underneath the beds of our kids? My wife says, "Ahhh." (Cute ahhh, not scary ahhh!) 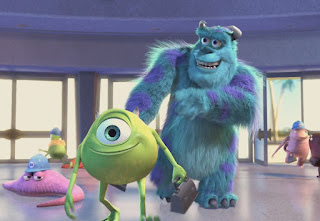 The boys look for someone to scare in
Monster's Inc.

Monster's Ball
Sad drama with many racial overtones enhanced by performances by Billy Bob Thornton, Halle Beery, (Oscar winner) and Peter Boyle as a wicked bigot. My wife says, "It was okay." 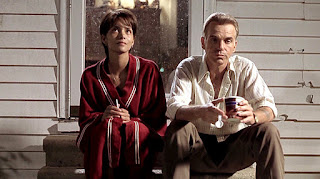 The Mummy Returns
Probably more important that The Rock is here than Imhotep himself. My wife says, "As sequels go, pretty entertaining." 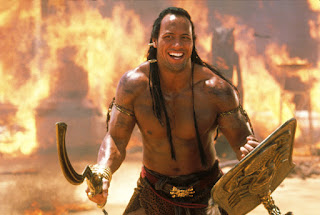 Rock to the rescue in
The Mummy Returns

Planet of the Apes
The crappy Tim Burton one. I had high hopes for this one, too. My wife says, "Meh." 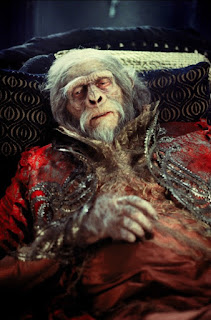 Charlton Heston playing an
ape this time around is pretty cool

The Safety of Objects
Was part of our Patricia Clarkson early 2000's indie movie series we had at the library. Actually, I made up that we had an actual series under that title, but she did seem to show up in a lot of movies we showed. My wife says, "I just think you have a thing for Patricia Clarkson." 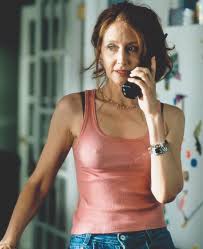 Patricia Clarkson in
The Safety of Objects

Shallow Hal
A lot of Jack Black movies ride on how funny you find Jack Black. I do find him funny and like this one, fat jokes and all. My wife says, "Amusing." 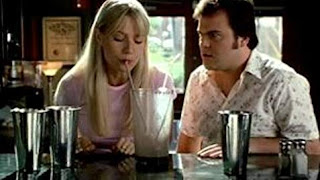 Jack Black watches a big girl consume calories
in Shallow Hall
Shrek
How can you not love Shrek? My wife says, "Shrek makes being an ogre cool." 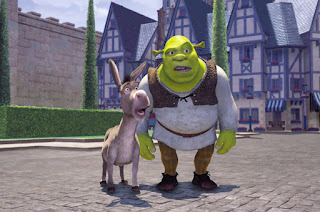 Vanilla Sky
The film that Vanilla Sky is based on, Open Your Eyes, is in the 1001 book in some editions. Cameron Crowe makes enough changes for the remake to keep you guessing even if you've seen the original. 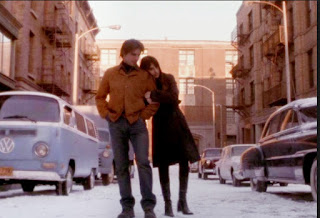 I knew right off this scene in Vanilla Sky... 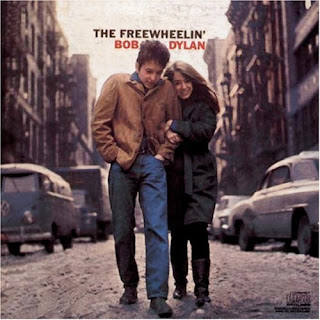 Posted by 1001: A Film Odyssey is produced, directed and written by Chris, a librarian. at 5:38 AM