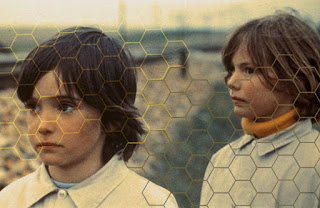 The Spirit of the Beehive


The Spirit of the Beehive is an unforgettable film, touching on many bases but refusing to congeal into any one genre or intention.-Adrian Martin, 1001: Movies You Must See Before You Die

This lack of congealing into one genre or intention may have frankly hindered me from getting into The Spirit of the Beehive as much as I perhaps could have. It is set during the Spanish Civil War. The father is obsessed about his beehives. The mother is obsessed with a long lost love. The two young sisters in this family piece become obsessed with the movie Frankenstein, which has just come for a special viewing to their small town. However, the reality of war is also about to come to their home and the girls will experience true horror up-close. The film has been lauded as one of the greatest movies ever made in Spain.

I think I may need to give this one a second viewing. 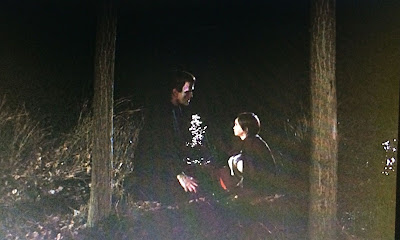 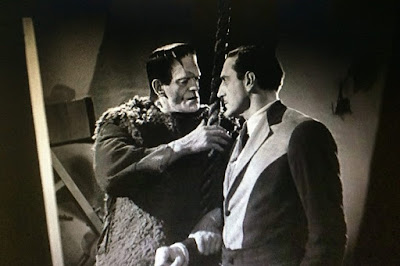 
I decided to pair my Spirit of the Beehive viewing with an actual old Frankenstein movie and I chose one I haven't seen for awhile, Son of Frankenstein. This is the third and final appearance of Boris Karloff as the Frankenstein monster. Basil Rathbone is on hand to play the Frankenstein offspring trying to shake off his father's past. Bela Lugosi has one of his best roles as Ygor, the gravedigger/hanging survivor.

The Times review quoted above sees the film as being pretty absurd in its premise. If Frankenstein wants to escape his past, why go to right into the bowels of Transylvannia where his father did his experiments that caused all this trouble in the first place? I guess the only answer is so the plot will move ahead and give the young Frankenstein the fever to get those old "Frankenstein playing God juices" flowing again.

The plot point that really bugged me was the villagers reaction to the young Frankenstein. They are ready to string him up when he returns. Their fears turn out to be justified, when the monster is brought back to life by the doctor and kills at least two people. The young Dr. Frankenstein does push his creation into a sulphur pit at the end of the film and this is apparently enough for the villagers to now give the doctor a hero's farewell as he leaves their little town with a couple of dead bodies left behind because of his actions. Where is the doctor's accountability? Shouldn't the villagers still want to put his head on a pike? I guess not. 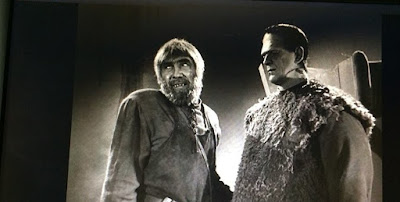 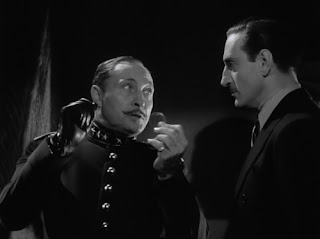 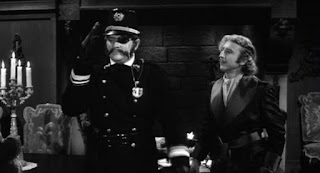 Kenneth Mars as Inspector Kemp
in Young Frankenstein
Posted by 1001: A Film Odyssey is produced, directed and written by Chris, a librarian. at 2:00 AM