THE MAN WITH THE MOVIE CAMERA (1929, SOVIET UNION) 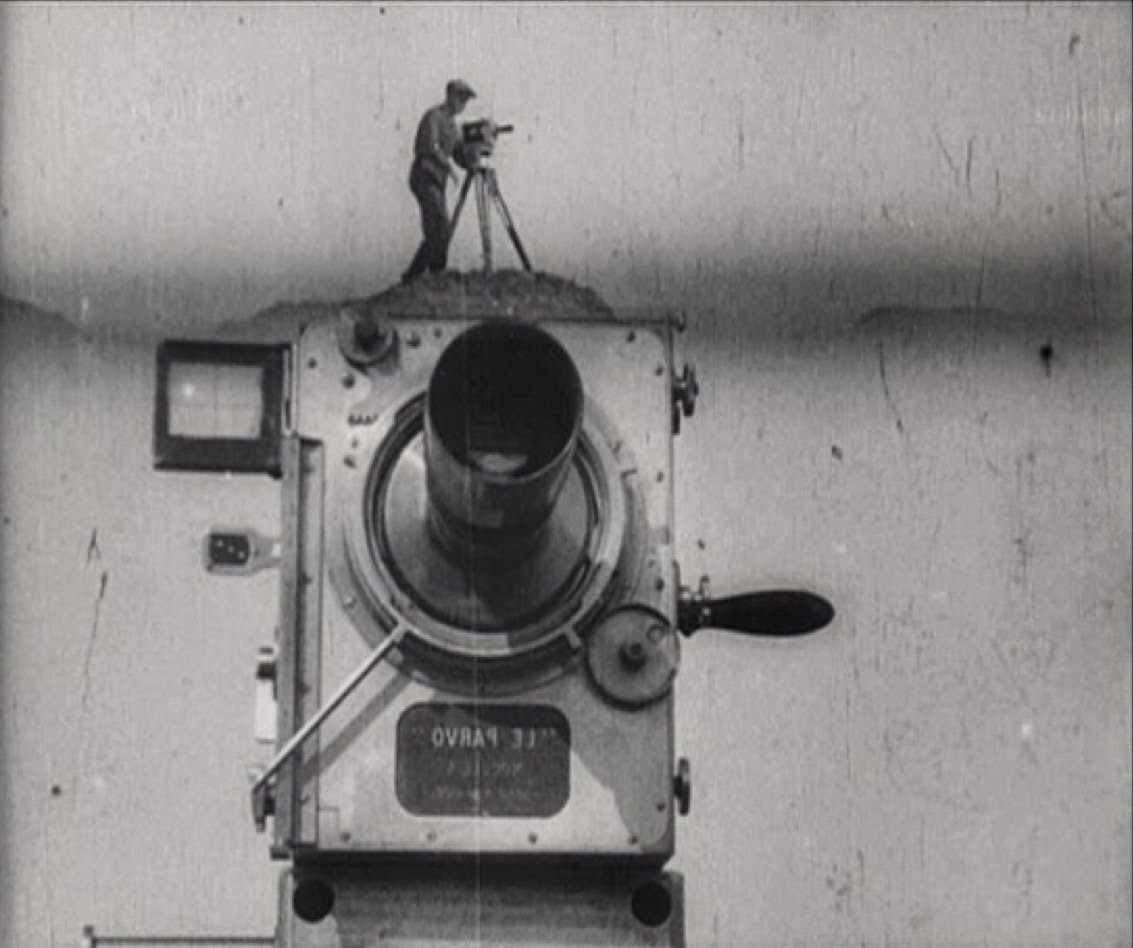 There are several experimental or avant garde films on the 1001 movie list. In trying to figure out how to deal with them, I have tried to handle these often tough nuts to crack by just watching them and trying to answer ten basic questions about them on my personally devised standardized test. So let us continue with...


The Man With the Movie Camera

1. What happens?
The man with the movie camera invites you into his movie theater and begins to show you a world outside the realm of traditional cinematic language.

2. Was it heavy? Did it achieve total heaviosity?
I weighed it and can officially declare it most heavy.

3. What was your favorite part?
The shots of late the late twenties Soviet Union is even more interesting without the confines of traditional narrative. I like the way Director Dziga Vertov shows the mechanics of society through machinery, trolleys or people just going to work And I like the fact that Vertov appears with his camera throughout reminding us this is a movie in case we begin to forget.

4. What was your least favorite part?
I do admit that I did look at the clock a couple of times while viewing, but I can't blame a particular section of the film.

6. Might the viewing experience have been enhanced from either prescription or non-prescription medication of some kind?
Yes, I think medicinal enhancement of some kind might make you appreciate it even more.

7. What about the sex?
A woman in a slip...Some slow female discus throwers and high jumpers...A woman on the beach is topless and puts mud all over her. Yeah, there is some sex here. And 1929 sex at that!

8. What about the violence?
The filmmaker is about to get run down by a train! But he isn't, it's just a trick. Violence is averted here and throughout the film.

9. Describe this film in one sentence starting with "This is the film..."
This is the film that is the grandfather of films that tell a story in a non-traditional way.

10. Would you watch it again?
Yes, and should be one I shouldn't have waited until now to see for the first time. So, thanks 1001 book!...This almost makes up for making me watch Blonde Cobra, but not quite.
Posted by 1001: A Film Odyssey is produced, directed and written by Chris, a librarian. at 10:03 AM