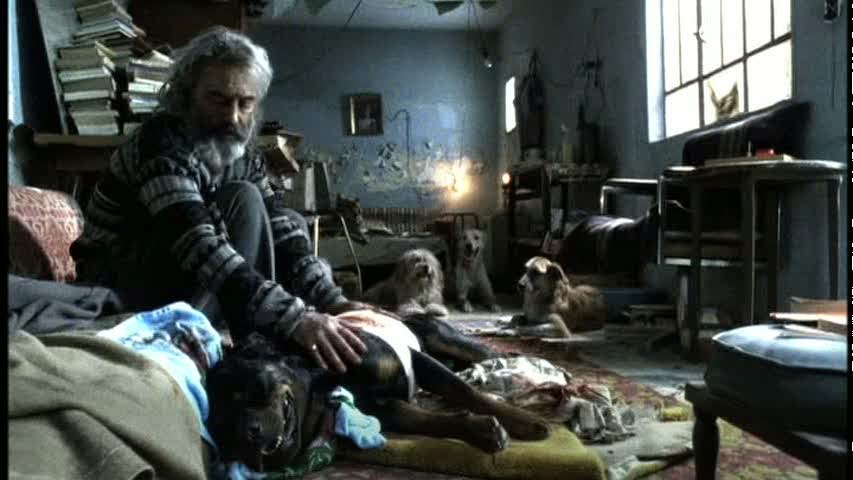 This one was hard for me to watch. I actually started it a couple of times and couldn't get through much of it. A movie about people that fight dogs is really tough for a dog lover like me to take. But I finally did watch it and have to admit it's a very good film. I'd even say it's an excellent film. Director Alejandro Gonzalez Inarritu later received praise for Babel, but I think Amores Perros is even better. The first hour is also a little difficult because the characters are mostly unsympathetic, but I admit this multi-layered, multi-character drama became a pretty riveting piece by the second half of the film and should definitely be on the 1001 Movies You Must See Before You Die List. You just might not want to see it twice.


Obituary of person with 1001 movie connection: Ring Lardner Jr.(1915-2000) was a screenwriter who came to Hollywood during the 40's and won an Academy Award for Woman of the Year in 1942. He was later blacklisted by the House Un-American Activities Commission and was unemployable in Hollywood for many years. He finally achieved the recognition he deserved for another Academy Award for his adaptation of Richard Hooker's novel for the movie MASH. Of course, this was a Robert Altman film which means Lardner's dialogue was often changed or sometimes removed altogether. Regardless, Lardner has still got to be considered an important part in the success of that film.