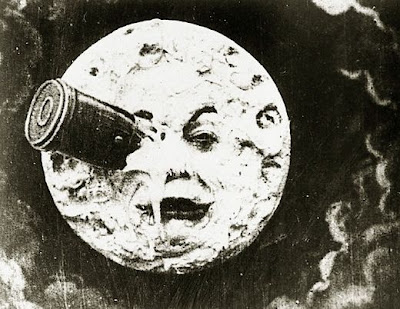 Certainly any list like the one from 1001 Films You Must See Before You Die(as well as any academic history of film class) has to begin with George Melies’ 1902 A Trip to the Moon.
The basics of this fourteen minute landmark film can be summarized as "a group of professors/wizards confer to send an space expedition to the moon. A group of space travelers is organized and proceed to land on the moon where they encounter hostiles who take them to their leader. After finding a method of disposing of the moon men, by an umbrella touch that makes them explode, they successfully return to earth."

How many movie firsts are in this film? Science ficion, surrealism, a narrative story line, special effects and other innovations often list A Trip to the Moon as its oldest ancestor. Who could possibly say anything bad about a Trip to the Moon? I’ll bet even curmudgeonly film critic David Thompson can’t think of anything bad to say about Melies. In his Biographical Dictionary of American Film, he says,

Ok, everyone except David Thompson agrees. 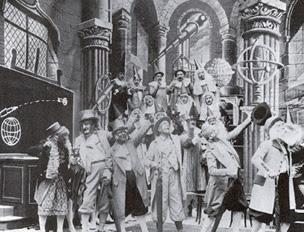