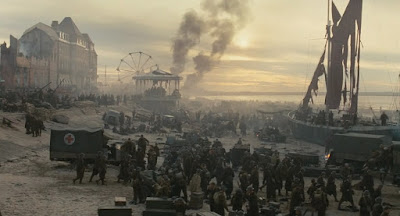 Sometimes a lie can result in dire consequences that may take a lifetime for you to atone for. That's the moral I get out of Atonement, a  well-acted, touching (I don't use that word in this context often) and often emotional film set mostly during World War II. And watch for the beach scene, easily the most impressive single section of the movie.
Posted by 1001: A Film Odyssey is produced, directed and written by Chris, a librarian. at 7:22 AM