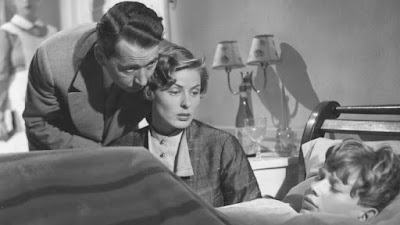 The above quote about Roberto Rossellini really brings home my takeaway from Europa '51, a film about a wealthy couple living in European society whose life is changed by the death of their often neglected son. The wife's (Ingrid Bergman) life is changed, anyway. She begins to make some form of amends after her son's death by helping those less fortunate and those that are struggling and poor. She eventually gets put in a mental institution by her husband and the society unaccepting of her change. But many of those she helped still support her, and Rosellini (and hopefully the audience) clearly sides with the poor, working class and compassionate. 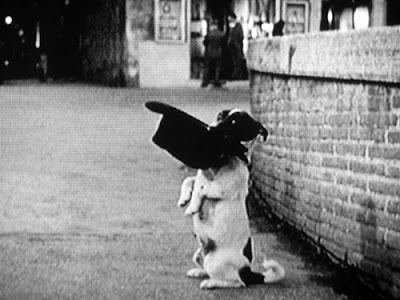 The loyal dog in Umberto D

The hard to please New York Times movie critic Bosley Crowther raved about Vittorio de Sica's Umberto D upon release calling it  "a comprehension of human feelings and fatalism that pierce the heart and mind." The film does strike me as having the same feel of de Sica's more famous The Bicycle Thief, but with an old man and a dog instead of a guy trying to make ends meet and his bicycle. I don't mean that comparison in a negative way. Umberto D is a truly moving and often heartbreaking film with an ending that should bring a tear to your eye. Spoiler: The dog doesn't die...but it's still sad. 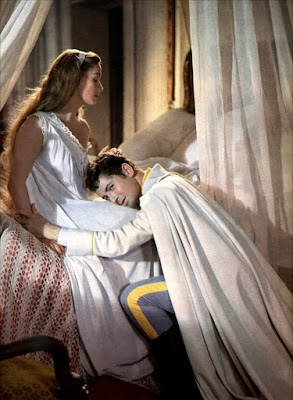 The insincere lover in Senso

It's interesting to see some classics listed in the 1001 book that I see for the first time in a complete and restored form without thinking about a particular movie was rarely seen like this until recently. Luchino Visconti's Senso went through a name change (Aslo known as The Wanton Countess), being released in severely edited versions and not released widely in the U. S. until 1968! There are lots of charms in this film in the restored form: romance, war, history, betrayal, compassion..and Alida Valli. Similar in theme and setting to Visconti's The Leopard, I would choose Senso, if you made me pick between the two of them. 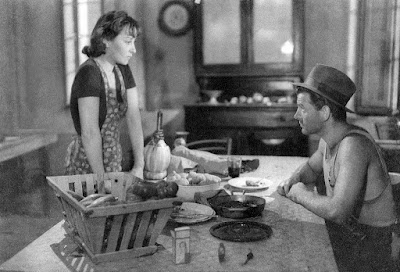 
My favorite of all Visconti's films might be his early film Ossessione, the first of many adaptations of James Cain's The Postman Always Rings Twice. Rawer than the later Hollywood remake (though I like that film, too), this film is ugly (in a good way) and the characters seem like real and damaged people and there is certainly no nice ending in this one...In fact there isn't a happy ending in any of the films on today's blog...so are classics made, I guess. 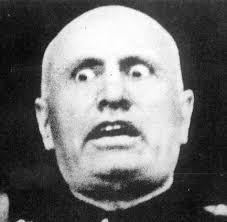