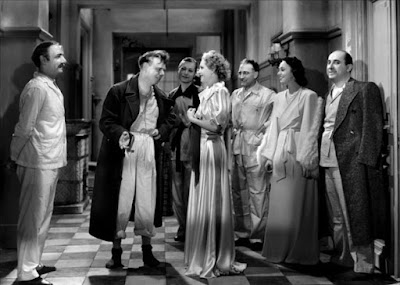 The players scramble over the chessboard
in Rules of the Game

I first saw The Rules of the Game during a summer film comedy class at university during the 80’s. It wasn’t the typical comedy I was used to in this class, but I did like this French comedy of manners and social class from director Jean Renoir. I took a History of Film class (So I like classes where you get to watch movies!) the next year and saw this film again and really began to appreciate it so much more. It’s so smooth and so perfectly done it strikes me as a rare combination of slapstick silliness, ballet, operatic drama all spread over the canvas of the director which is certainly on a par with anything that his father Auguste painted. I have seen The Rules of the Game about five times over the years and it is definitely a movie to be watched and appreciated over several viewings over any cinephile's lifetime.

Renoir’s La Chienne is an interesting film about an unhappy middle-aged married cashier that falls in love with a pretty younger woman whose devious motivations are geared towards using the poor man for his money and is assisted in her nefarious scheme by her boyfriend/pimp. Like Rules of the Game, La Chienne also explores class in a natural but complex way and in a way that can only lead to a tragic conclusion. 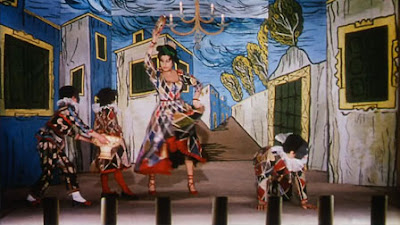 All the world's a stage...Anna Magnani in The Golden Coach

Renoir’s later The Golden Coach really takes on this class theme head on featuring the plot of a viceroy that falls head over heels in love with a commoner (an actress, gasp!) and must make choices between his status and position over true love. But does she love him? And if so, how? And others fall for her too, what are her feelings for them? I like the fact that the actress is played by Anna Magnani, who isn’t traditionally beautiful, but has a charismatic appeal that makes it easy to understand why all these men fall for her. All of this plot revolves around the golden coach of the title, a bauble of status which all seem to strive for, but only has value when given away by the possessor. 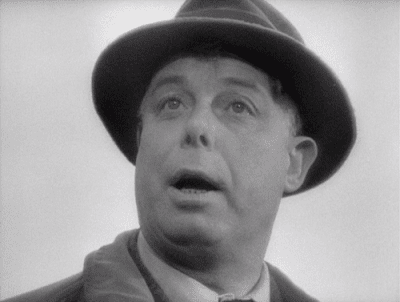 Jean Renoir as Octave in Rules of the Game
Posted by 1001: A Film Odyssey is produced, directed and written by Chris, a librarian. at 11:00 AM