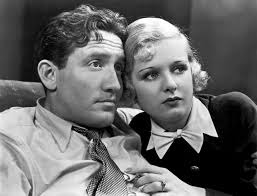 Spencer Tracy and Joan Bennett in Me and My Gal

Me and My Gal is an early talkie that's kind of a romance, kind of a comedy and kind of a crime drama. The major appeal of the film is the pretty snappy dialogue from Arthur Kober (Everything is jake!), early starring roles for Spencer Tracy and Joan Bennett, and brisk direction from Raoul Walsh.There's a certain rawness, liveliness and artistic freedom in many of these pre-code films and this is in evidence here.There are also some pretty good comic relief bits as well.

And the Elisha Cook Jr. supporting player award goes to...(tie) the three drunk guys.
One of the comic relief bits I'm referring to is the perpetual drunken nature of character actor Will Stanton that is pretty much in evidence in every scene he is in. Will's drunken character is almost the main character in the movie for the first twenty or so!

There is another drunk bit half way through the film featuring Stanton, Billy Bevan and Frank Atkinson involving who struck who with a salmon (or was it a bloater?).

Stanton had over 100 movie credits during his career...by the looks of his listings most were of a much smaller nature than his role in Me and My Gal. 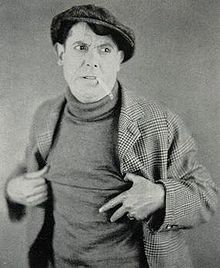 Billy Bevan is one of those actors you may have seen in clips of old Mack Sennett comedies. I'm pretty sure I used to see him in a clip running down the street in a long running paint store commercial.

Bevan had a successful career in silents and eventually had a nice career as a supporting players once talkies came around as well. 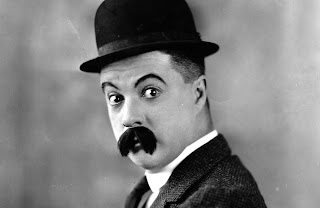 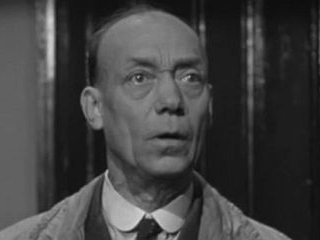 Frank Atkinson- "It was a bloat-ah!"
Posted by 1001: A Film Odyssey is produced, directed and written by Chris, a librarian. at 7:38 AM