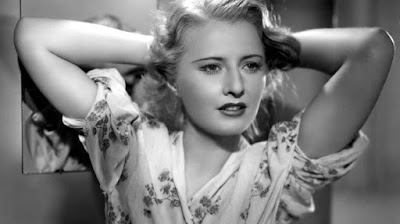 King Vidor's 1937 film version of Stella Dallas is the story of a poor girl from a factory town and her attempts to better herself. It's a bit of a soap opera and the main reason to see it today is Barbara Stanwyck in one on her defining roles. She does well in the part of the mother willing to make great sacrifices for her daughter and you could easily make the case that Stanwyck should have beat out Luise Rainer for Best Actress that year...but there you have it.

Other versions: The story of Stella Dallas was first published as a novel by Olive Higgins Prouty in 1923. A silent version was filmed in 1925 (And was an extra on the Stella Dallas DVD I watched) and does differ from the later version a great deal. The final dramatic scene in the silent is much like the Vidor version. Stella Dallas was also a stage play, long running radio series and and the basis for the 1990 movie Stella, with Bette Midler. My wife attests that the version with Bette Midler is a production of quality, though Midler's Razzie win for this film demonstrates an alternate opinion.

And the Elisha Cook Jr. supporting player award goes to...Alan Hale Sr.. Stanwyck is of course the central performance in this film, but we do get some needed light-hearted moments from Alan Hale as the Stella's  suitor. There is an itching powder gag with Hale that is the comic highlight of the film. I've given this imaginary award to Alan Hale so often now I will try to find someone else new to give it to if I come across Alan in any future films. 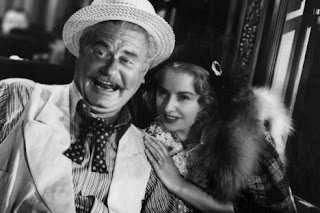 Itching powder is funny!
Hale and Stanwyck in Stella Dallas 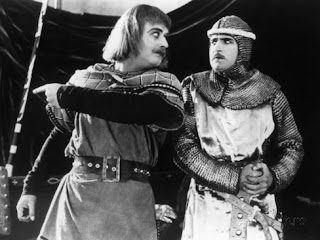 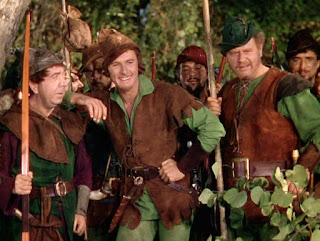 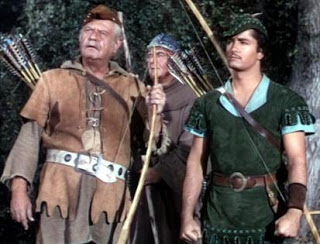 Hale as Little John (his final screen appearance)
with John Derek
in Rogues of Sherwood Forest (1950)
Posted by 1001: A Film Odyssey is produced, directed and written by Chris, a librarian. at 11:24 AM