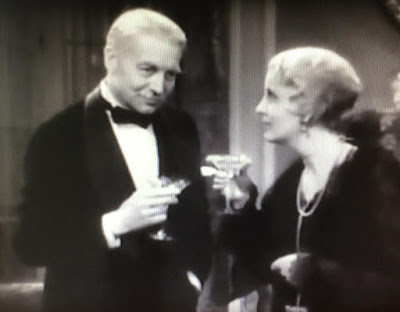 On Noel  Coward…
When I was a kid, I’d sometimes hear jokes about some slapstick or low rent comedy skit or movie being criticized as “not exactly Noel Coward.”  I always got the impression from this that a Noel  Coward comedy was probably about a group of rich people in tuxedos sitting in a room sipping martinis, puffing on pipes and making caustic observations about the monarchy or the working class. I’m not sure if this was quite right and realized I haven’t really seen that many Noel  Coward movies or plays over the years to confirm or reject this impression.

Coward’s theater input spans from World War I all the way up to the 1960’s, with Blithe Spirit being the one I’m most familiar with. He also wrote many musical revues beginning in the 1920’s of which I confess to not being familiar with any of the titles.

Many of Coward’s plays have been adapted for film over the years, including David Lean’s Brief Encounter and Ernst Lubitsch’s Trouble in Paradise.  He also contributed screenplays to the works of others including Our Man in Havana and Around the World in 80 Days.

Coward’s only original play that was adapted to a film that won Best Picture was Frank Lloyd’s Cavalcade in 1933. It has to rank as one of the least seen (I’m just guessing with this observation, but I’ll bet I’m right) of all the Best Picture winners over the years. The film’s plot involves the lives of a well-to-do (naturally) London family over the years whose life is dramatized amid the backdrop of important historical events. The film starts during the Boer War in 1899 and proceeds to the sinking of the Titanic, World War II and culminates to modern times (1933 modern times, of course). It is largely a well done film (If not exactly riveting) and the presentation of a multi-generational drama has been done many times since.

Oscar Note: According to the book Inside Oscar by Mason Wiley and Damien Bona, the voting totals for Best Picture of 1933 was actually announced at the ceremony! Cavalcade won the vote by nearly fifty percent over the runner up A Farewell to Arms.  I think it would be interesting if the Academy would do that today, but doesn’t seem very likely.

And the Elisha Cook Jr. supporting player award goes to Una O’Connor. The diminutive, high strung Miss O’Connor served as comic relief in at least every movie I’ve seen her in. She may be best known for The Bride of Frankenstein (providing some memorable screaming), but she had many others, including as the maid with the shaky testimony in her last film, Witness for the Prosecution in 1957 .She has some amusing and a couple of poignant moments as the maid (I wonder how may times she played a maid) in Cavalcade. 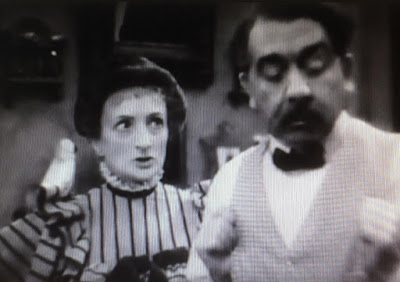 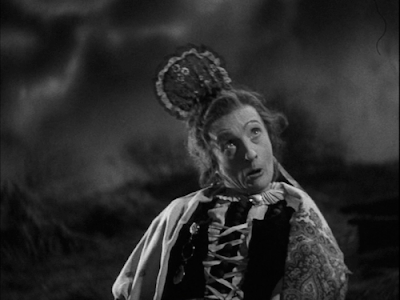 Una O'Connor in a lighter moment from
Bride of Frankenstein
Posted by 1001: A Film Odyssey is produced, directed and written by Chris, a librarian. at 10:07 AM