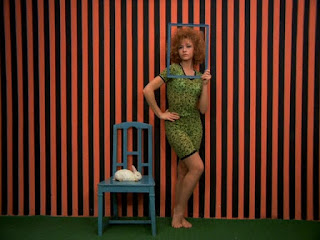 "To list "WR" as a great movie will stir outrage from some. "I never, in all my years of moviegoing, booed a film, no matter how bad, boring or insipid the film might have been," wrote David Bienstock in The New York Times. "Sometimes the crime being committed in the name of cinema seemed outrageous enough to justify such a response, but I restrained myself."-Roger Ebert

"W. R. is less a self-conscious film than a rabid examination of consciousness happy to try any method that comes to mind."-David Thomson, Have You Seen?...: A Personal Introduction to 1,000 Films


"W. R. may be the only avant-garde slapstick Communist documentary sex romp ever made." That alone makes it a must see-Annalee Newitz, 1.001 Movies You Must See Before You Die 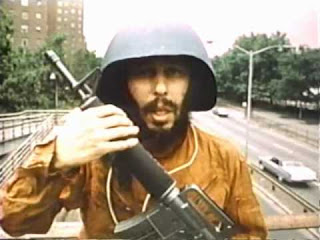 The way I react to art films is usually one of three ways. 1)I get it. There's a method to this madness. 2)I don't really get it. However, I think with repeated viewings, the meaning of this will become apparent to me. 3) I don't get it.

W. R. Mysteries of the Organism lies somewhere between 2 and 3 of these categories. Is it about sex researcher Willhelm Reich, the W. R. in the title who pretty much disappears from the narrative early on? Or is it about war? Violence? Is it about revolution? An indictment of Stalinism? The juxtaposition of sex and war? Hero worshiping? Censorship? The evils of hero worshiping? Ice skating? Is it a clever homage to the cheapie horror film The Brain that Wouldn't Die? There's obviously a lot of critics that did get it by the testimonials above. Okay, I'll put this one in the number 2 category, though I'm not so sure I'll want to watch it again. 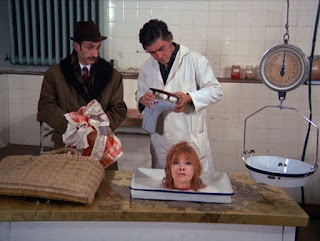