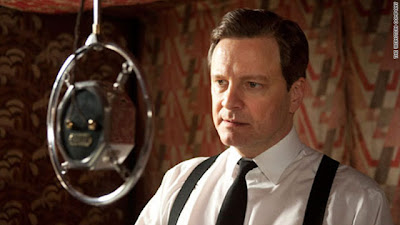 You know us bloody yanks are still pretty obsessed, or at least fascinated, with movies about the English monarchy. We even give our most coveted awards to these films at times. Of course, the latest is the Oscar winner for best picture The King’s Speech. If you haven't seen it, it is all about the elocution lessons of the stuttering King George the VI at around the time of World War II.

I will bend over backwards to not criticize this movie. I keep asking for films that aren’t based on comic books, video games and might instead be aimed at ‘gasp’ adults! So I’m not going to nitpick at a film that not only fills my request, but actually drew crowds as well. It was almost universally critically praised, in fact. I should be happy, right? Well, I am happy. I can’t say I’m ecstatic, but I’m happy enough. All right, already. I thought similar stories have been told on screen before, OK? That’s my only criticism. But I’m not complaining mind you. It’s well done. And I’m just grateful for any movie that wasn’t originally based on something I might have first read when I was three. Just smile and be happy.

The Queen is an interesting film. I would have thought that a movie about how the royal family deals with the death of Princess Diana, well, that there wouldn’t be a movie there. It’s to the screenwriter and filmmakers credit that there is, even though I’m guessing most of what the Royals may have said behind closed doors is pure guesswork on the screenwriter’s part.

And of course Helen Mirren(who won an Academy Award-You know us bloody yanks and our awards) and Michael Sheen as Prime Minister Tony Blair are very good in their roles. I also really liked American James Cromwell as the perpetually grumpy Prince Phillip. That’s just the way I always pictured the old boy. 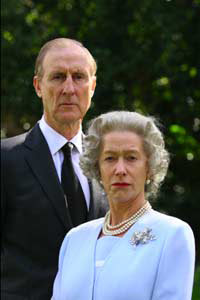 Posted by 1001: A Film Odyssey is produced, directed and written by Chris, a librarian. at 7:26 AM