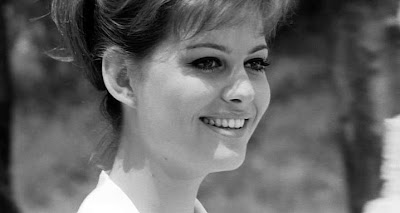 Cristoforo shook the snow off of his jacket as he entered the front door of his harem. The women all looked upon him with noticeable glee. Carlotta was the first to run up to him, placing a kiss on his left cheek as Venecia took his jacket.
Cristoforo, being a sensitive guy, hadn’t forgotten the women’s needs while he was away. He came bearing presents: A broken ear muff he found on the stoop for Carlotta, a plastic spider for Venecia, a nearly full box of Chiclets for Gabriela, a scratched forty-five of Tony Bennett for Francesca and some Comet toilet cleanser for his dear wife Daniela. He didn’t have presents for everyone, but the ones that didn’t get anything appeared happy just to be a part of the festivities. Isabella, the cook, had a large pot of pasta cooking for them all and clanged on it to indicate that dinner was prepared.

Before Cristoforo could get to the dinner table, he was stopped by Alessandra. She reminded him of his promise to put her in a future blog.

Cristoforo then heard some harp music from behind him. He turned around to see Lucia, who broke free from her instrument and rushed to Cristoforo and gave him a hug.

“What about me?” she asked. “Could you use me when you do Amarcord, per favore?”

Cristoforo grasped her hands and kissed the tops of them. “But of course, my dolce studentessa di musica. Did I ever tell you that I too once had aspirations to be a great musician? When I was eight-years-old, I was the finest triangle player in my school. You should have heard me play Ave Maria…” Cristoforo noticed a couple of the ladies looking slightly embarrassed. He had obviously told this story before. Probably more than once.

Undaunted, Cristoforo went up to Isabella the cook, and presented his present to her: a wooden spoon. “Grazie, molto simpatico,” she said.

The lightheartedness of the mood was broken by Maria, a broken-down showgirl who at one time was Cristoforo’s number one mistress.

“ I don’t think you should eat yet!” Maria said this as she raced her way up to him, nearly in hysterics.

Most of the other women gasped at her impudence.

“I want to know why I’m being sent to the attic," she continued bordering on hysterics. "I’m still just twenty-six, no matter what my birth certificate says! I have a booty to die for.” She shook her posterior a couple of times in his face for emphasis but Cristoforo was more annoyed than impressed. He still tried to comfort her by putting a hand on her shoulder. Maria began to wail as she continued. “You said you were going to put me in your La Dolce Vita blog. You said I reminded you of Anita Ekberg!”

“My dear!” Cristoforo sternly interrupted her. “I have always tried to be honest with you. If you really reminded me of Anita Ekberg, I seriously doubt I would be sending you to the attic now. You know after you reach a particular age or your looks deteriorate to a certain degree, you have to move upstairs. It’s in the bylaws.”

“This is not fair,” she said, mascara tears running down her face. ”Look at the Saraghina. She is an ogre!”

They all looked at the frizzy-haired, six-foot-three, three-hundred pound Saranghina who in turn hissed in Maria’s direction.

“That is different,” he said sternly to Maria. “She was my first. I was just a boy. She performed the dance of he seven veils for me on the beach for a can of Starkist tuna. She gets a lifetime pass.”

“You monster.” Francesca said to Christoforo as she came over to comfort Maria. “Look how you’ve hurt this poor showgirl!”

“I will not put up with this kind of impertinence,” Cristoforo said. “Somebody run me a hot bubble bath while I listen to my music.” Cristoforo stripped off his clothes and wrapped a towel around himself before going over to his Victrola and putting on Wagner's Flight of the Valkyries. He began feeling relaxed again as the music played. He closed his eyes for a moment, but when he opened them, he noticed more of the women were looking at him with hostility.

His wife, Daniela, had come down from the upstairs attic and hurled the can of cleanser he had just given her at him. Others in the group began to follow suit by throwing their trinkets in his direction, and not in a loving way. The rebel women now began to surround him. Draped in nothing more than his towel, Cristoforo grabbed his trusty Indiana Jones bullwhip, which he luckily always kept close by and snapped it in front of them. The thwack made them all step back, which gave him time to head out the front door. He reopened the door, poking his head back in to give the ladies a final warning “I think all of you need to calm yourselves down. I’ll be back when you ladies learn how to beha..“ His final word was stifled by an earmuff that hit him squarely in the nose.

Cristoforo wanted to get as far away from his harem as he possibly could. He rubbed his nose where the earmuff hit it as he started down the road. He looked around him and noticed that the day was now sunny. A beautiful sixty-five degrees with no inclement weather in sight. It was then that a vision came upon him. She was dressed in white and had a noticeable glow to her. She handed him a glass of mineral water, which he took.

“My word. If it isn’t Claudia Cardinale! How nice to see you once again signorina,” he said before taking a drink from the glass.

As she continued to gaze in Cristoforo’s direction, it took him a minute to find his voice, “You’re so beautiful; I’m at a loss for words. You make my heart beat like a schoolboy’s…But why are you here?”

“I was about to ask you the same question,” Claudia said. “This isn’t the first time you’ve summoned me for one of your blogs.”

“Yes, Solyaris. Funny, you weren’t even in that movie. I was just trying to write about the perfect male fantasy woman.”

“Molto bene. But what is it you want this time?”

Cristoforo tightened the towel around him. “Very well,” he continued. “I just couldn’t come up with anything new to say about 8 ½. Many revere it. Some revile it. Entire forests have been chopped down to make books on interpretation of just this one film.”

Claudia touched his hand. “But how do you feel?”

“The first time I saw it, I was totally confused. The next time I saw it, I got a lot out of it, I think. This time, I began to get confused again. Then that harem scene. That’s one of my favorite scenes from any movie. And the finale! I love that part. Let’s just say that I’ve got some mixed opinions.”

“I always wondered what that meant,” he said. Is that anything like Hakunah Matata?”

Claudia grimaced as she shook her head.

“There’s an additional problem,” Cristoforo said. “I’m not sure how to end this blog.”

“You’ll think of something,” she said, coyly backing away just enough for him to see the Lamborghini parked behind her.

Cristoforo snapped his fingers before climbing to the top of the car and immediately stretched out his arms. He closed his eyes and began to sway.

After a couple of minutes Claudia cleared her throat. When he didn’t respond, she cleared her throat again. He finally opened his eyes and looked down at her. “What? I’m waiting to float away above the traffic, above everything, above-“

Claudia helped Cristoforo down from the car and they hopped in the Lamborghini. Claudia pointed to a suit hung up in the back of the car, which Cristofero put on. They drove for six minutes and forty-five seconds until they came upon an empty baseball park. They got out of the car and she took him by the hand and hurriedly took him to the center of the field. It was silent for a moment before he heard some music playing in the background that reminded him of the circus.

“Happy? Happiness is being able to tell the truth without anybody having to suffer. But I still don’t know what’s going on here.” Cristoforo replied.

It was then he noticed all the people. All the women of the harem had not only appeared in front of them, but had formed a chain and rushed past Cristoforo and Claudia in time with the music. Others began to join the group, most of whom Christoforo recognized. “Hey, that’s my third grade teacher. Hello, Mrs. Turner! And my Cousin who I haven’t seen in twenty years! And the Sri Lankan guy I used to buy hoagies from! And what is Eugene Walter doing here?”

The music got louder and the circle now formed completely around Cristoforo. Claudia grabbed his hand and pulled him towards the circle where they joined the procession. After a few minutes the music died away and everyone in the line stopped their march and applauded as a young man in white, about eight years old, came to the empty center of the gathering and played a flawless rendition of Ave Maria on the triangle.

Cristoforo shed a tear of joy as he pushed the publish button and posted successfully onto his blog. 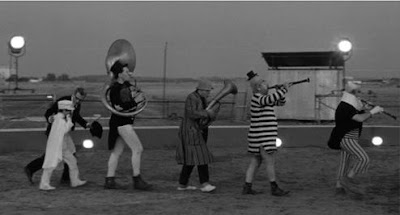