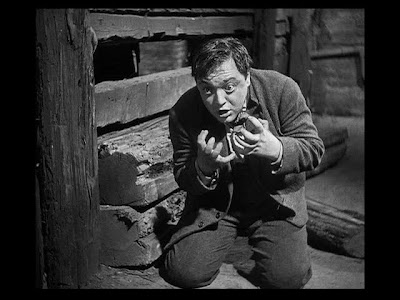 Do you all want to kill me?
You just want to wipe me out?
But you can’t murder me just like that!
I demand to be handed over to the police!
I demand to be brought before a real court of law!

M will most likely be playing soon at a college film class near you.
Posted by 1001: A Film Odyssey is produced, directed and written by Chris, a librarian. at 8:07 AM