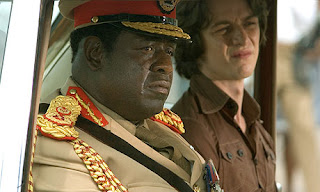 And I do like the fact that the movie reaches it's dramatic conclusion during the raid on Entebbe, mixing fact with fiction effectively, I must admit.
Posted by 1001: A Film Odyssey is produced, directed and written by Chris, a librarian. at 2:37 AM