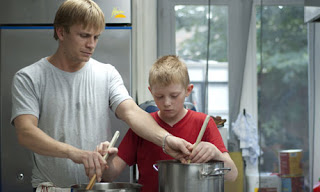 The Kid With a Bike

The most interesting thing about Cyril’s story is that you really see why Cyril is the way he is and does the things he does. We would dislike Cyril if we just witnessed his actions (like rob someone after hitting them over the head) instead of going through the events that lead up to it. We learn through the film that he is a boy who desperately wantes to connect with a father who wants nothing to do with him and is forced to spend much of his time in an orphanage or with a foster family. The scenes with Cyril being rejected by his father are hard to watch. Ultimately, we hope that Cyril is somehow going to straighten himself out, and the answer is...

is…we don’t know what's going to happen to Cyril. And it seems more real that way.