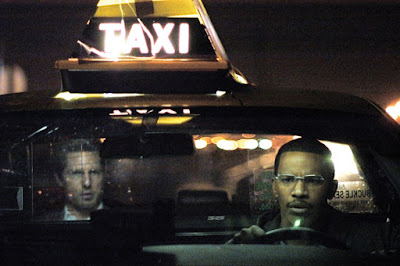 But the cabbie does get involved in all sorts of wild hitman and crime stuff, and it is a bit far-fetched, but I liked the story overall and I'll give Cruise some credit for bringing a lot of bite to the hitman role.
Posted by 1001: A Film Odyssey is produced, directed and written by Chris, a librarian. at 10:02 AM