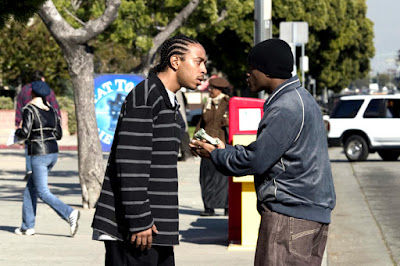 In terms of Oscar history, Crash is noted as the film that the academy quickly shoveled the Best Picture award to so they wouldn't have to give it to the gay-themed Western, Brokeback Mountain. That's kind of an unfortunate way to think of it, because though I don't think it should have taken home Best Picture, I think Crash is a film that is very well put together and has a real perspective about race relations, human interactions and how we deal with others in general-even if we have to occasionally crash into them just to get their attention.
My choice might have been The Constant Gardner for Best Picture for that year, a film which wasn't even nominated!
Posted by 1001: A Film Odyssey is produced, directed and written by Chris, a librarian. at 3:21 PM