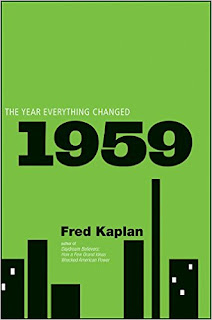 
Kaplan's chapter, The Off-Hollywood Movie, discusses the 1959 John Cassavetes film, Shadows. Cassavetes railed against Hollywood movies, where he said that commercial considerations were subtle, but dominate. He was more interested in the neo-realist filmmakers of Italy, who shot many of their films in the streets of Rome. Cassavetes decided to shoot a neo-realist film of his own in the streets of New York City. The result was Shadows, a story of a young black woman who passes for white, though a plot synopsis doesn't really do the movie justice, as it is largely free form and at least partly improvised. You know a 1959 movie that has a line that scoffs at the beat generation is pretty hip (or thinks it's pretty hip). Shadows, as well as other later films by Cassavetes, weren't big money makers, but did influence a generation of moviemakers such as Martin Scorsese, Peter Bogdanavich and Robert Altman.

In addition to Shadows,  this era also brought us Truffaut's The 400 Blows and Godard's Breathless. The British new wave of cinema was fast approaching as well. There was also Robert Bresson's film, Pickpocket, a revered film by a filmmaker whose films at first glance may elicit the reaction of "What was that all about?" Not in that the story is complex, but that the story is told so simply and with none of the tradition movie tropes (His films are edited oddly, scored oddly and the non-professional actors give very little in the way of overt emotions.) Pickpocket has traces of film noir, suspense, crime and drama, but it really doesn't fit into any of these categories. I've seen it more than once and it isn't my favorite Bresson (That would be Balthazar), but there is something about it and will probably revisit it yet again.

I watched the Ben-Hurish epics, the frothy Pillow Talky comedies and the art films above. But can looking at 1959 films be complete without a little of the campy? I think I'll head to the drive-in tomorrow. 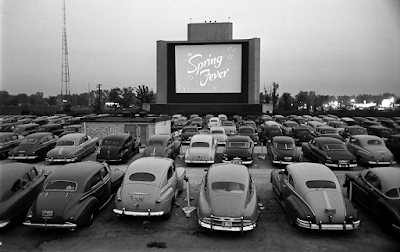