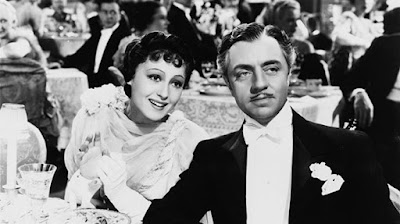 Luise Rainier and William Powell
in The Great Ziegfeld

The 1936 musical autobiography of show biz impresario Flo Ziegfeld won the Best Picture award for 1936. It does have it's share of virtues including: some very elaborate musical numbers, a solid show biz rags to riches story that was common to the era and the always great teaming of William Powell and Myrna Loy.

The problem with the film is that it's just too damn long! I guess there was a need to give the depression era audience their money's worth, but let's trim some of the fat and cut down this over three hours of length next time, shall we boys? Also, it doesn't feel like a Best Picture winner. It also doesn't seem especially better than other autobiographical films of the type released during the era.

The first choice for Best Picture that year I can think of would be another William Powell movie, My Man Godfrey. Also, Luise Rainer isn't bad in her role as Ziegfeld's first wife, but I'd certainly argue her role was neither a lead or in the "best" category. Once again, I'd have given this award to My Man Godfrey and Carole Lombard...but nobody asked me in 1936!

A note on Luise Rainer. Rainer's film career did not have much longevity after Oscar wins for The Great Ziegfeld and The Good Earth but the longevity of Rainer herself is much to be envied as she died in 2014 just a couple of weeks shy of her 105th birthday!

And the Elisha Cook Jr. supporting player award goes to...Frank Morgan and Ray Bolger
Morgan and Bolger will of course mostly be remembered by movie watchers as the Wizard and the Scarecrow from The Wizard of Oz, but they were in other things, you know!

In The Great Ziegfeld, Morgan plays Ziegfeld's rival Billings, who Ziegfeld always seems to get the better of until the end, when Morgan and Powell have a very poignant moment together. Morgan also played the harried boss in The Shop Around the Corner. He had a very touching role as Margaret Sullavan's father in The Mortal Storm. He received two Academy Award nominations during his long career (The Duke of Cellini, Tortilla Flat) which lasted from 1916 until his death in 1949. 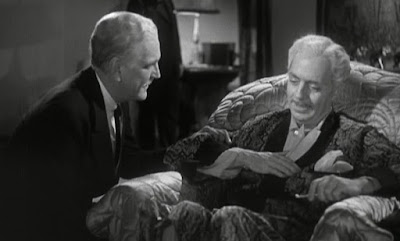 Ray Bolger also had a long career and The Great Ziegfeld is actually his first movie credit. He has a small role in Ziegfeld as a theater worker who gets a chance to be in a dance number from the great showman.  I tried to think of other Bolger roles other than the obvious one and have to admit that the first thing that came to my head was as Shirley Partridge's father in an episode of The Partridge Family. If I only had a brain, I could come up with a better example. He also made the latter day late 70's rounds by being in an episode of both The Love Boat and Fantasy Island. His most famous non-Scarecrow role is probably in the musical Where's Charley?, where he starred on Broadway and in film. Bolger died in 1987 at the age of 83, making him the last surviving major cast member of The Wizard of Oz. 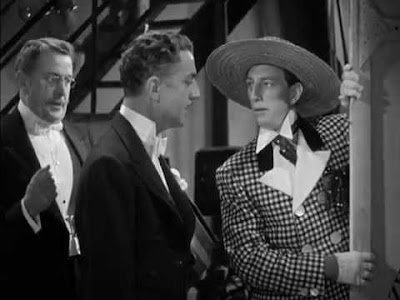 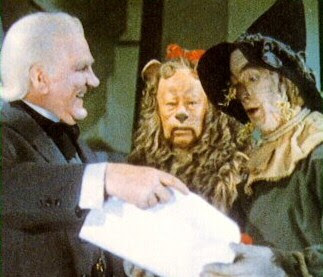 And another Wizard of Oz reference...Billie Burke played Glenda in The Wizard of Oz, but in real life was Flo Ziegfeld's wife and is portrayed in The Great Ziegfeld by Myrna Loy. 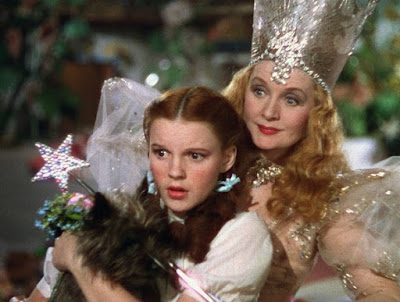 The real life Mrs. Flo Ziegfeld with Judy Garland and Toto
in The Wizard of Oz
Posted by 1001: A Film Odyssey is produced, directed and written by Chris, a librarian. at 11:05 AM