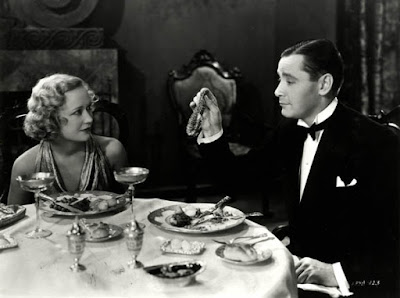 Peter Bogdanovich referred to Ernst Lubitsch's Trouble in Paradise as a "real treasure" and a for years forgotten gem from the Lubitsch film cannon. This film is a succinct, witty and thoroughly enjoyable romantic comedy that wasn't shown for many years (according to Bogdanovich) after the Hays code was implemented because it actually showed thieves in a positive light and let the leading man go from woman to woman, etc...Anyway...It is a delightful romp and certainly worth 83 minutes of your time...or 166 if you want to see it twice...#math. Screenplay by Lubitsch regular Samson Rapahelson. Starring George Marshall with Miriam Hopkins and Kay Francis as the women in his life. Edward Everett Horton and Charlie Ruggles play hapless suitors. C. Aubrey Smith also has an important supporting role as a shady board member of Francis's company. 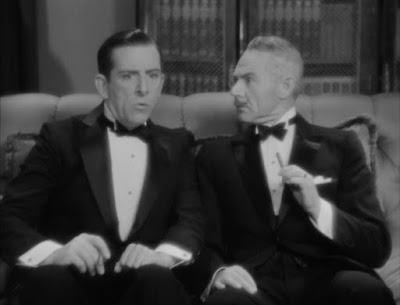 Charles Ruggles spent a long career as a supporting player in Hollywood, almost always playing someone articulate and proper, but often befuddled in the long run as in Trouble in Paradise. Other major films for Ruggles include: Ruggles of Red Gap (where he interestingly doesn't play Ruggles) and Bringing Up Baby. One only has to look at the names of his characters to see the type of role he usually played: Viscount Gilbert de Varèze (Love Me Tonight), J. Elliot Dinwiddy and Lowell Eddings Farquar, his character from later appearances on The Beverly Hillbillies.

He also played one of Aunt Bee's suitors in a later episode of The Andy Griffith Show. 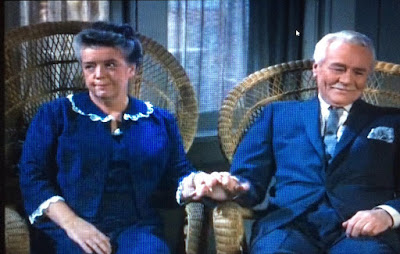 In fact...Aunt Bee was romanced by many other character actors during the course of that show...Will Geer, Denver Pyle, Edgar Buchanan, Woody Chambliss,Wallace Ford, Ian Wolfe...but I digress.