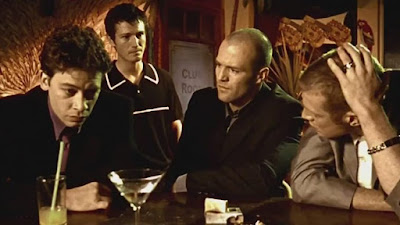 A first time viewing for me of Guy Ritchie's Lock, Stock and Two Smoking Barrels and Snatch made for an interesting double feature. I can see why Ritchie is referred to as kind of a British Tarantino, but he certainly has a style of his own-especially in plot. Both of these films deal with crime, gangsters and characters getting in over their head. The plots are multi-layered and you may need a score card to keep up with everyone, which Ritchie sort of  provides in the introduction of the players by splashing their names onto the screen in freeze frame at the start of the movie. 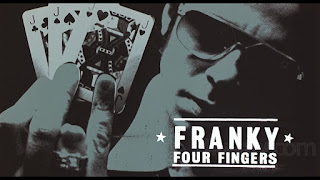 I wasn't really in the mood to watch a gangster movie (or two), but the playfulness and humor of these films won me over despite the sordid subject matter.

And I love the final scenes of both movies.

Jason Stratham and Vinnie Jones appear in both films.

One of my favorite characters in Snatch is Tyrone (played by Ade) as an overweight getaway driver.
Also of note is Brad Pitt as a gypsy fighter who no one can understand much of what he says.
And the crime boss played by Alan Ford's (Brick Top) sober description of how to feed a corpse to pigs is worth the price of admission. 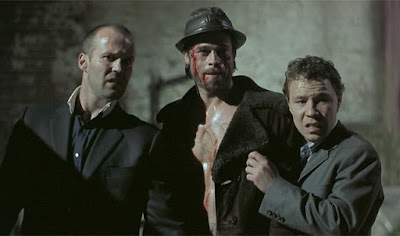 Snatch
Posted by 1001: A Film Odyssey is produced, directed and written by Chris, a librarian. at 5:00 AM