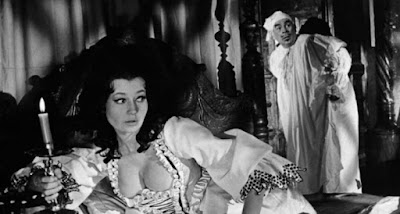 WWJD? What would Jerry do?

I was struck by the fact that the epic three hour Polish film The Saragossa Manuscript has been sited (even on the DVD label) as being Grateful Dead frontman Jerry Garcia's favorite movie. So what is it about this film that appeals to Jerry? One thing must be that this is not your typical epic. The film begins with a soldier finding of copy of the titular manuscript. We then go through a series of stories that are linked together...well, some aren't linked that much, but most are. We see tales of royalty, bravery, chivalry, comedy and attractive women. It's one of the most layered films you'd ever want to see. Peel it apart like an onion if you dare. Jerry did. And isn't that the important thing?

Jerry apparently had his own copy of the film which he used for private screenings during the time when the movie wasn't that accessible. Only during the 90's has the entire three-hour version of film become available, thanks to the restoration efforts of Martin Scorsese (of course), Francis Ford Coppola and Jerry. 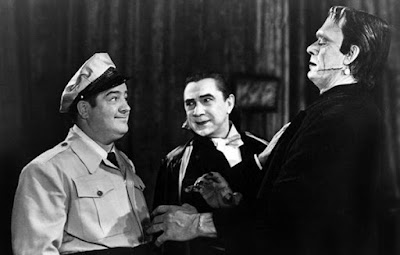 It made me wonder what other films influenced Mr. Garcia. I found a surprising answer in Abbott and Costello Meet Frankenstein. Now I grew up watching Abbott and Costello and Universal Horror movies and this one was a favorite of mine as well. Watching it again, it is pretty silly, with Costello being chased around by Dracula (Bela Lugosi returning to the role), the Frankenstein monster (Glenn Strange, Boris Karloff had long had enough of the role) and the Wolfman (Lon Chaney Jr. of course). Grouchy Abbott never believes that Costello is seeing all these monsters, but Lou turns out to be right in the end. It's still fun to watch and I definitely admit to having a sentimental attachment to this one.

But what WWJD? Here are some Jerry Garcia quotes about Abbott and Costello Meets Frankenstein:

For me, this movie began my fascination with movies.


It frightened me to where I wouldn’t actually look at it.

I have a general fascination with the bizarre that comes directly from that movie.

Jerry also mentioned his fascination with the re-animation aspect of the movie. Part of this stemmed from the fact that young Jerry had lost his father shortly before he saw it. 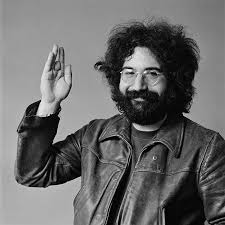 Rest in Peace, Jerry
Posted by 1001: A Film Odyssey is produced, directed and written by Chris, a librarian. at 3:56 AM