The ultimate model for Harry Potter is "Tom Brown's School Days" by Thomas Hughes, published in 1857. The book depicts the Rugby School presided over by the formidable Thomas Arnold, remembered now primarily as the father of Matthew Arnold, the Victorian critic-poet. But Hughes' book, still quite readable, was realism, not fantasy. Rowling has taken "Tom Brown's School Days" and re-seen it in the magical mirror of Tolkein. The resultant blend of a schoolboy ethos with a liberation from the constraints of reality-testing may read oddly to me, but is exactly what millions of children and their parents desire and welcome at this time.-Harold Bloom, Yale 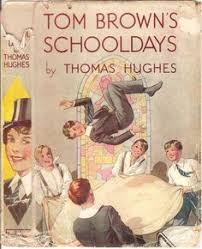 Harold Bloom's negative review of Harry Potter and the Sorcerer's Stone at least made me think of revisiting Tom Brown's School Days, a movie I haven't seen in decades. I'm talking of the 1940 version, though the book has been adapted to the screen and television several other times.

First the book-Tom Brown's School Days by Thomas Hughes came out in 1857 and depicted a fictional account of the author's days at a boys school in England. The book was very popular and helped to increase the sport of Rugby in jolly ole England. The sequel Tom Brown at Oxford was less influential. 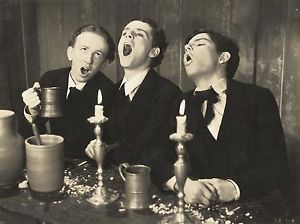 
The movie stars Jimmy Lydon as Tom, a new student to Rugby school who has trouble adapting, mostly thanks to hazing and bullying by some of the other students, especially the head bully named Flashman, who Tom eventually does stand up to. All seems well when Flashman is expelled, but when word gets out that Tom ratted out Flashman to the Headmaster (A false accusation) he is ostracized. Telling tales is something you don't do to a student no matter what! The school is looked over by the strict but revered Dr. Arnold (Cederick Hardwicke). 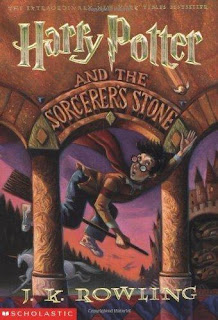 This brings us to a little book published in 1997 titled Harry Potter and the Sorceror's Stone. I won't get into the unprecedented popularity of the books in this series and subsequent movies, but I did want to ask the question, "Is Harry Potter just Tom Brown with magic?" The answer is: not really, even though I call it that in front of my wife if I want to get her to roll her eyes at me.

Harry Potter is an orphan raised by the evil Dursley family. Tom Brown comes from a nice home.

Harry goes to Hogwarts school, which has a beloved headmaster named Dumbledore.
Tom has Dr. Arnold. Dr. Arnold does die at the end of the film, though not at the hands of an evil sorcerer.

Speaking of Snitch, Harry does have a Rugby/Cricket-like game called Quidditch. I did see a similarity there.

Hogwarts is of course co-ed, so there is no Hermione equivalent in Tom Brown's world.

There doesn't seem to be the stigma at Hogwarts for "telling-tales" that Rugby has.

So despite some similarities, I have to disagree with the esteemed Mr. Bloom. There will always be some common threads in a similar setting, but Harry Potter is officially absolved (at least on this blog) of being Tom Brown with magic.

I did enjoy visiting both again, though I am more likely to revisit other Harry Potter movies than watch other versions of Tom Brown in the future. 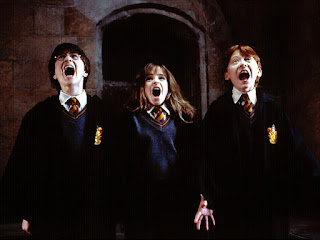 Harry Potter and the Sorcerer's Stone

At Harry Potter World, you get to visit a recreation of Diagon Alley (the picture at the bottom) and ride a ride through the Gringott's bank with goblins included (below). You can drink the Butterbeer drink of your choosing and dine at the Three Broomsticks or The Leaky Cauldron. Don't forget about all the shops right out of the movie, such as Ollivander's Wand Shop the Weasley's Magic Store! And you'll certainly have fun on the Hogwarts Express or the Harry Potter and the Forbidden Journey ride. And if you want to buy a Harry Potter robe or broomstick, there's plenty of places to get one. No, I didn't buy a Harry Potter robe, but it's nice to know I could if I wanted to. If you don't go there as a Harry Potter nerd, you may leave there as one. So watch yourself!

I hear a new Hagrid ride will be opening soon. I may have to go back!

j
Diagon Alley at Universal Studios, Orlando
Posted by 1001: A Film Odyssey is produced, directed and written by Chris, a librarian. at 4:00 AM