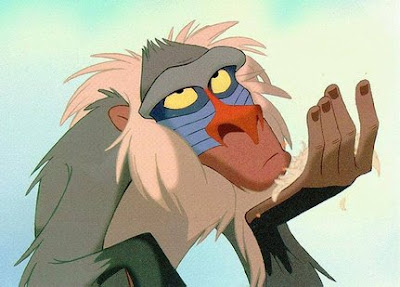 Osamu Tezuku marched into the main office of his production company the same way he always did. Always with a smile on his face and always with a glance at that photograph of his hero. The picture in question had the superimposed cartoon figure of Tinkerbell swooshing her wand of stars over the head of the man underneath her. The man in question wore an expression that showed off a glorious sense of wonder that exhibited no surprise at the magic that could inspire a world that could produce such a glorious fairy, and the childlike twinkle in his eyes said volumes to the fact that reinforced that yes-he could believe in magic.

The man in the picture and Tezuku’s idol was, of course, Walt Disney.
At the bottom of the picture was an autograph which read:

To my dear friend Osamu, whose work I respect beyond words, Walt Disney, 1966.

1966. It was the same year that Walt left this mortal coil for the last time. To Tezuku, that made it more special.

He walked past the picture and took his seat before beginning to survey some of the sketches of his dream project-what he simply referred to as the project.

As he put on his spectacles for a closer inspection of his drawings, his assistant Koto ran up to the desk.

Koto: (Waiving Tezuku off) It’s the project. Problems with the project. Look at this story!
(Koto hands Tezuku a copy of Variety with an ominous headline.)

Tezuku: (Laughing) Is that’s what bothering you? You believe everything you read in the American papers? Don’t you remember? Mr. Michael Eisner ate dinner at my house. This project is collaboration between us and Disney. Kimba the White Lion is my pet creation. It is now being made into The Lion King. It will be a triumph! I’ve labored over this for years. I trust Disney as much as I trust my own family. Shame on you for believing everything you read.

Koto: That’s what I thought too. So I sent Mr. Eisner a telegram. And this is what I got back.
(Koto pulls a telegram out of his pocket and reads it out loud)

Dear Sir:
We never heard of Tezuka nor Kimba.Please do not attempt to contact us again or you will hear from our legal department.
Signed Michael Eisner and Jeffrey Katzenberg, The Walt Disney Company.

(Tezuku looks disbelievingly at the telegram before walking to the center of the room.)

Tezuku: But Mr. Michael Eisner ate sushi at my table last year. He complemented me on my wife and told me how lucky I was to be married to an oriental princess. My daughter gave Mr. Jeffrey Katzenberg a foot massage in my living room.

Koto: Can I get you something Mr. Tezuku? What can I do for you? How can I help you?

Tezuku: (Ignoring Koto’s question) Can this be true? But their sketches have hyenas, mandrills, the same plot, just like ours. Their version has a lion named Simba. That’s almost the same name as Kimba. An evil Uncle. An orphan lion. His father killed, same as ours. Look at this sketch on my desk. It’s Kimba’s father up on the hill. Their sketch in this article is identical to ours except the coloring of the lion. How can they say this Lion King is an original? This must be a mistake. How can they get away with this? I thought America was our friend!!

Koto: This is a force much bigger that the America. This is the Disney Company.

Tezuku: But I…but I would have done it for free. All I wanted was a chance in the twilight of my life to share a small link to…to Walt.

Tezuku fell back to his desk, using the weight of it to keep him from dropping to the ground. He was about to fall when Koto made a move to grab hold of him.
Tezuku pushed Koto away and stood erect. Tezuku’s head began shaking furiously as he closed his eyes. The hands of his grandfather clock in the corner began spinning backwards. When the clock struck twelve, Tezuku eyes popped open. All was silent for a few seconds, before a loud rumbling began to be heard throughout the city.

Koto: My God! We’re having an earthquake!

Tezuku: No my friend. That’s no earthquake.

Koto: What is it? It feels like the whole city is ripping apart!

Koto: I tried to think of the most harmless thing. Something I loved since the first time I saw Steamboat Willie. Something that could never ever possibly destroy us.

(As they looked out the window, they saw a 90-foot shirtless black rodent with big black ears and red pants smashing his gloved hands into every Tokyo office building in his path. The creature let out a reptilian wail as it picked up an army tank and threw it towards the Sea of Japan.

A band of small children ran up to the monster and began throwing pebbles at it, but the rodent retaliated by spitting out a fireball that turned the boys to ashes. The giant creature began to pound on its chest before heading for the building that housed Tezuku Productions.

The last sight Tezuku saw before a giant yellow shoe came crashing down upon him was Walt’s picture, now fallen to the ground along with Tezuku, the glass within the frame shattered. Tezuku noted Walt’s still noticeable sense of wonder through the broken glass for the last time, causing a single tear to fall from his eye.
Posted by 1001: A Film Odyssey is produced, directed and written by Chris, a librarian. at 7:18 PM