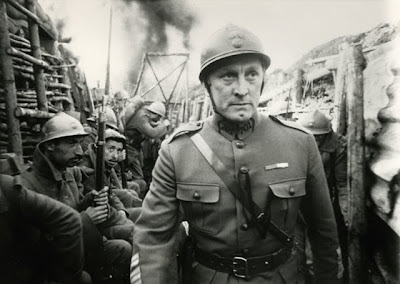 This anti-war/political manipulation classic set in the French trenches of World War I still remains a powerful work today.

1)The battle scene. And there's only one. And It's not expansive. But it is effective.

3) The scene with the firing squad featuring the cowardly squad leader having to blind fold the man he unfairly chose to be executed as well as the always bizarre Timothy Carey.