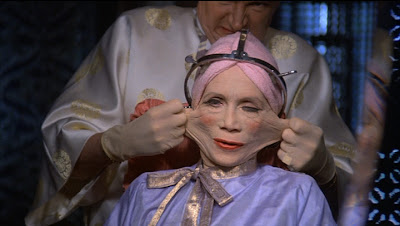 Why haven’t I seen this before?
This seems like the kind of film that I would have seen by now. I began to watch it on cable one night a few years ago, but I just wasn’t in the mood to see it. I never got back to it.

After viewing: I can see why this bizarre Terry Gilliam film is beloved by some and causes total confusion in others. The futuristic storyline of a series of events began by a bureaucratic error is not in itself that complicated, but the way Gilliam tells the story is often confusing but so visually striking that you really want to stay with it.

Note: If you get the DVD, make sure you watch Gilliam’s description of all the problems he had getting this film made.