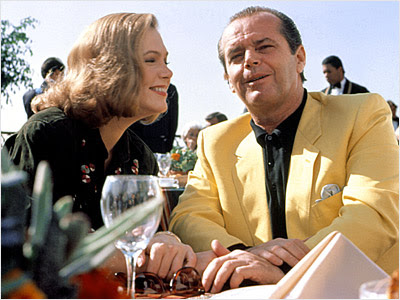 Why haven’t I seen it before?

I honsestly don't know. Directed by John Huston...Jack Nicholson and Kathleen Turner...Well reviewed thugs and hoods movie. Seems to have all the elements of something I would have seen.

After viewing:The battle for dominance between the hired guns Turner and Nicholson was fun to watch. It was also different to see Nicholson playing someone that seemed far removed from the usual Jack persona. And how many directors other than Huston put out important films in five different decades? I don't actually have the answer to that question, but I'm guessing not too many.
Posted by 1001: A Film Odyssey is produced, directed and written by Chris, a librarian. at 7:11 PM