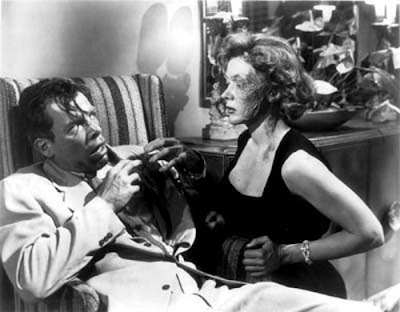 Day one of Lee Marvin week!

At our annual library book sale, I found myself looking around for DVDs to purchase for the purpose of viewing for this 1001 Movies You Must See Before You Die blog. I found The Dirty Dozen (not on the 1001 list, but I wanted to see it anyway) and then I found Point Blank (on the list) and then I found The Big Red One (also on the list). I realized by an odd coincidence, the movies I found all had Lee Marvin in them. Later that week, I was watching the 1946 version of The Killers. The bonus disc contained the 1963 version that starred none other than Lee Marvin.

So I decided to track down other Lee appearances on the 1001 list (The Big Heat, The Man Who Shot Liberty Valance) and some that aren’t (The Professionals, The Wild One) and just blog on Lee movies this week.

And bring along any of today’s action heroes or any of yesterday, for that matter. Feel free to stack ‘em up against Lee. My money’s on Marvin.

When I first got the 1001 Movies You Must See Before You Die book, I went down the list and noticed there were an awful lot of black and white film noirs. Well, it’s a good thing I like the genre. A commentator on one DVD stated something to the effect that there really aren’t any bad film noirs, as even the lesser ones are still interesting in some way. I’m not sure I’d go quite that far, but it is a genre that I’ve enjoyed visiting and re-visiting...

Fritz Lang’s The Big Heat features Glenn Ford as an honest cop who tries to blow the lid off a crime organization and the get the goods on the crime boss that is running the unnamed town in the film because a) Glenn’s a good cop and b) he’s out for revenge.

And I would certainly rank this higher than just “the interesting” category of the genre. Glenn (Jonathan Kent) Ford is really a better leading man than I gave him credit for and Gloria (Violet Bick) Grahame is a plus in any film.

But this week it’s all about Lee Marvin. So lets look at Lee.

You can’t miss it when you first see that lanky but tough amble, that deep voice, those penetrating eyes and that black hair. Wait a minute. Black hair? I thought Lee Marvin was born with gray hair! Guess not. Well, the hair hue doesn’t feel quite right, but I guess I’ll get used to it.

But he’s a tough guy right? The toughest, right? And the meanest, right?

But in his first scene, his girlfriend Gloria Grahame actually makes fun of the way he sucks up to his boss and does every thing to please the boss man. And she’s right! He really is quite the suck up. Hmmmm. This isn’t the “I don’t give a shit about anything or what anybody thinks” Lee Marvin I’m used to. But since he is an underling to the big crime boss, I’ll let it pass. But that’s not Lee Marvin.

His next big scene is in a bar where he is getting rough with a lady who he accuses of cheating him. Now, that’s more like it! Then he confronts cop Glenn Ford and….apologizes to him? And makes nice with the girl? Okay dark haired man, what have you done with the real Lee Marvin? That’s just not Lee Marvin!

Just as I am about to give up on Lee for this picture, we see Lee accusing his girl of going off with Ford the cop. Then he…(SPOILER ALERT FOR THE FILM’S DEFINING MOMENT) throws hot coffee in her face and disfigures her. Now THAT’s Lee Marvin!

And I love the character name: Vince Stone. How badass is that?
Lee Marvin as Vince Stone! Badass. Very badass.

(Before throwing the coffee) Oh you pig! YOU LYIN’ PIG!

(After throwing the coffee) I’ll fix you and your pretty face!

Tomorrow: Day Two of Lee Marvin week!
Posted by 1001: A Film Odyssey is produced, directed and written by Chris, a librarian. at 8:40 AM