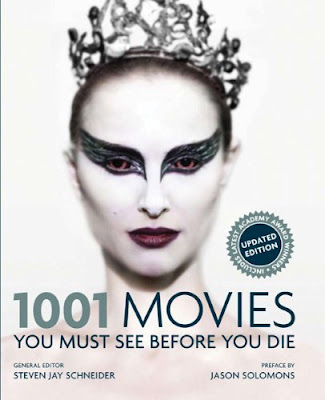 Grandfather, he’s technically my Great-Great grandfather, was born in 1902, an impoverished son of immigrants. I could tell you how he studied hard in school and became an “A’ student and excelled in athletics. He played in the 1924 Rose Bowl you know-starting left corner. I could tell you how he graduated first in his class. How he met the woman of his dreams in 1925 and stayed with her for seventy-five years until her death at ninety-seven in the year 2000. I could tell you how he became one of the most successful businessmen of his time. Rubber. I believe that was his first business success. It certainly was what put him on the map. I’m sure you’ve heard of Crabb Tires. Feel free to look up the history. He’s where the company got the name.

But Grandfather’s business success didn’t stop there. He knew that every house in America was going to want a television even before he owned one. That’s where he made his real fortune. In televisions, I mean. Now, I don’t want you to have the impression that Grandfather was a cold, heartless business tycoon. Nothing could actually be further from the truth. He gave to charities freely and always championed the underdog. He supported unions, worker’s rights, civil rights and women’s rights.

He was often encouraged to run for political office, but the political arena was the one venture he never entered into directly. However, I’m sure most of you have heard of Miriam Crabb. Grandfather’s wife was the only female Senator in the republic during the 1950’s. If you ever heard the rumor that Ms. Miriam was a potential presidential candidate in 1960, those rumors were true. But the men in those secluded smoke-filled rooms didn’t think it was time for a woman president and they eventually went with Kennedy instead. Miriam turned down a cabinet post after Kennedy’s election and continued in Congress for another eight years. Grandfather accepted an ambassadorship to Norway in 1961. A consolation prize for the Crabb family, I guess. I’m rambling, aren’t I?

I want to tell you a little about grandfather’s family. Seven kids. Twenty-eight grandkids. And I’ve lost track of the number of the great-grandkids. I’m one of them, of course. And I don’t think I’m talking out of school when I tell you that I’ve been his favorite over the last few years. He may be bedridden, but let me assure you, his mind hasn’t lost a thing. You would think a man of a hundred and eight years would lose something, but I don’t see it. He’s taught me so much about life, love, business, and politics. Oh, dear. I almost forgot why I started writing this. I really do carry on sometimes.

You see, Grandfather was actively involved in the movie industry in the 1930’s and 1940’s. He’s always been quite the cinema junkie. I must say he’s turned me into quite a film buff. I know the difference between Kurosawa and Ozu or Fellini and Visconti or Truffaut and Chabrol. Just try me. Anyway, a couple of years back, I came across the book 1001 Movies You Must See Before You Die and brought it to him.

He said that he really liked the book, but didn’t think that at his age he would have time to go through them all. I told him sternly that he better make the time. He never has been able to deny me anything, so we began watching. And watching. We discussed every film in the book, or so it seemed. It took us four years to get through them all, but we did it. After we saw the last film on the list, he looked at me sadly and said that he thought by tomorrow it would be time for him to go and would I please gather the rest of the family together to say goodbye.

Today’s the day grandfather wanted to tell everyone goodbye, but I have some news for him and don’t think he’s not going to like it. No, it’s not anything about his condition. He knows it’s his time and he’s ready. But what I’m holding in my hand may change all that. I have mixed emotions about it to tell you the truth. If I were being filmed, I’d tilt what I’m holding up to the camera and show it to you. It’s the latest edition of 1001 Movies You Must See Before You Die. I know he hasn’t seen most of the new films listed yet. I’ve never lied to him about anything before, and I’m not going to start now.

After I entered his hospital room, I couldn’t help notice his eyes light up as they always did when I came around. If that sounds conceited on my part I apologize, but it’s the truth.

“Hello, my darling. I know all this may be hard on you, but it is about that time,” Grandfather said.

“Grandfather,” I interrupted him. “I think there’s something I need you to see.”

I showed him the cover of the 1001 movie book with The Black Swan on the cover.

He moaned as he leaned his head back on his pillow as far as it would go.

“How many?” he asked unable to open his eyes.

“Only about seven or eight new ones. Don’t feel the need to have to watch-“

“No, no!” It was his turn to interrupt me now. “We have to finish what we started. But I think we need to get right to it. I suppose they can keep the life support running for another day.”

It was good to hear him making a joke, though he barely had enough strength remaining to even crack a smile at his quip.

I plopped my laptop onto his bed

“All the ones from the new list are already on here and ready to go,” I said.

He winked at me and said he should have known his princess would come prepared.

“We better get to it,” he continued. “The grim reaper is waiting is on stand-by.”

The first movie we watched was Inception.

“All you have to do with this one is just assume everything is a dream. It seems intellectually dishonest to me,” I said after the end credits rolled.

“Oh, my dear!” Grandfather said. “I found it a most creative endeavor. I have to disagree with you there, princess.”

The next movie we saw was District 9.

“My goodness!” I said. “Hasn’t doing everything with a handheld camera become a cliché at this point?”

“Oh, my dear!” Grandfather was about to rebut me in more detail, but he stopped for a moment before finally just saying, “How I have always loved…science-fiction.”

The last movie on our viewing marathon was The Hangover.

“Is this what film has come to?” I said perhaps more angrily than I intended. “Where we consider a glorified slob comedy as high art? What next? Should we put Porky’s at the top of the next Sight & Sound poll as the best cinematic masterpiece of all-time?” I posed the question hypothetically, of course. I realized I couldn’t bring myself to like anything on this day.

“Oh, my dear!” Grandfather said for the last time. “Never underestimate a good laugh here and there. It’s a precious commodity. It’s one of the few things we can count on in this cockeyed caravan called life. Do you remember the three elements of film? Or what good cinema should strive to do?”

“Of course!” I said. “Cinema should entertain, enlighten or communicate. If it does one you have an okay movie. If you have two, you have a classic. If you have three, you have Citizen Kane. I haven’t forgotten.”

“That’s my girl…that’s my princess,” he said weakly.

We were now officially finished with the entire list and all supplemental lists. Grandfather nodded to me to bring in the rest of the family, which I did. They all said their goodbyes over what seemed like hours, though it was probably just a few minutes in real time.

He gave me the signal and I set up the laptop once again.

Some of the family looked confused, but I ignored them and thought only of Franklin Crabb’s final wishes. I turned on the scene from The Seventh Seal that I had cued up. In it, the personified character of Death finally catches up to most of the characters in the film. They do not fear him, but greet him cordially and with smiles. They come to the realization that he really isn’t the boogeyman they thought and accept their fate.

After the last frame of the film faded to black, grandfather passed into the night for the last time, but he too shook hands with death with a smile on his face. 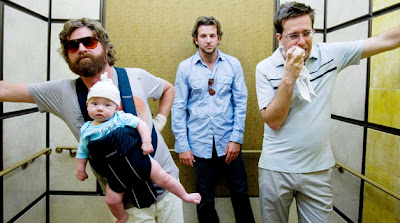 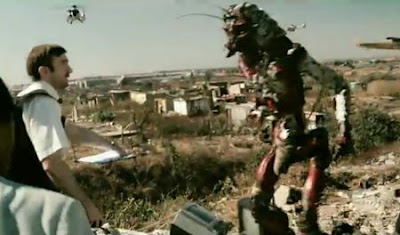 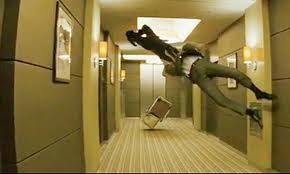 Posted by 1001: A Film Odyssey is produced, directed and written by Chris, a librarian. at 4:24 AM