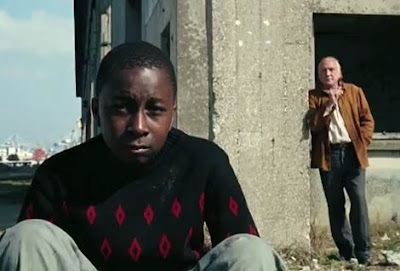 I help choose the films for the foreign film festival that we show annually at our library. I try to keep a few things in mind in choosing the right film for our audiences.

I don’t want something with too much sex.

I don’t want something with an overabundance of bad language.

I don’t want something that is too long.

I don’t want something geared for an overly young audience.

I don’t want something commercial.

It needs to be good.

The more recent the better.

Oh, yeah. It’s nice if its uplifting too.


Le Havre, the story of an aging French shoeshine man with a sick wife who takes in an African refugee in France meets all of the criteria for the type of movie we show.

Except one. It doesn’t fall under the heading of films that we can show under our film licensing (French curse word delted). I guess I’ll keep looking.