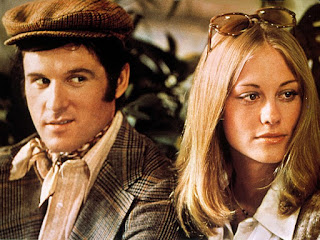 ChalesGrodin goes overboard for Cybill Shepherd in
The Heartbreak Kid

The Heartbreak Kid (1972) is one of the few Neil Simon movies I've never seen before (I never saw the Ben Stiller version either). Charles Grodin plays Lenny, a frankly not very likable newlywed, who on his honeymoon becomes enamored by a beautiful young woman named Kelly (Cybill Shepherd). Lenny's wife is a bit irritating, but he still seems like a bit of a creep for two-timing her on their honeymoon. Eddie Albert scores some points as Kelly's father who takes an immediate dislike to Lenny. Lenny leaves his wife to pursue Kelly but is rebuffed by her and threatened by her father. At this point, I thought the movie would have Lenny going back to his wife and asking for forgiveness. That isn't what happens. He eventually wins Kelly over and even gets her begrudging father to give her away at the nuptials at the end of the movie! There are some funny moments here despite the not overly likable characters and it does have a certain early 70's charm for this viewer. The film was directed by Elaine May. 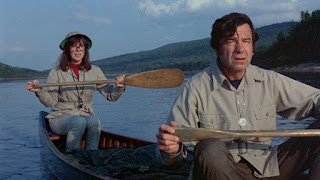 Elaine May is also the writer/director/star of A New Leaf. Walter Matthau plays Henry, a spoiled rich middle-aged man who discovers he is about to run out of money. Having no marketable skills, he seeks out a rich wife to support him. Just when all hope seems lost, he comes across Henrietta (May), a rich botanist with no family left and a big inherited bank account. Henrietta is clumsy, but falls for Henry. The character of Henry is a bit of a louse, but I find it difficult to dislike Matthau here. I also find May charming, even when she's dropping plates or spilling food on herself. I liked this film a bit more than The Heartbreak Kid, so if I were going to recommend one May film, it would probably be A New Leaf. 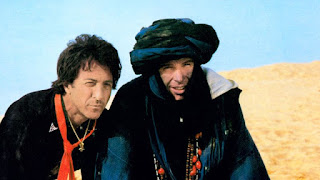 May later directed Ishtar in 1986, which was known for being one of the biggest bombs of  the era at the time. I actually rather liked it and it seems to be going through a bit of a reappraisal. 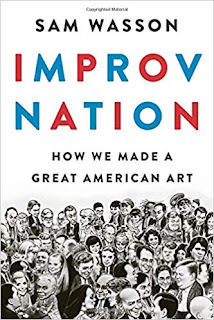 Fans of May may want to check out the book Improv Nation by Sam Wasson. The book talks about the early days of the art of Improv and May (along with her partner Mike Nichols) was undoubtedly one of the chief pioneers of the form. 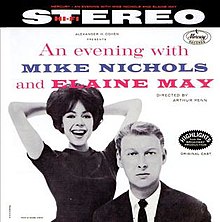