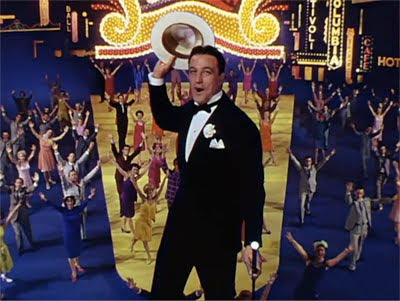 Boy Do We Need It Now!

The phrase above was the tagline for That’s Entertainment when it came out in 1974. At the time, my interpretation of this was that because of Watergate, what we, the movie going public, really needed was a movie featuring clips of all the MGM musicals of yesteryear hosted by many of the stars of the era. I guess that’s what they meant, anyway.

I still think its kind of funny that as late as 1974 a documentary featuring mostly old movie* clips would be on the big screen and actually be a hit!

Seeing it again after many years, some parts are definitely better than others. Some of the host segements are a bit stiff (Frank Sinatra and Elizabeth Taylor look especially uncomfortable and it seems a little strange to have Bing Crosby on board since most of his mucials were non-MGM. Though Donald O'Connor's Mark Spitz joke seems absolutely quaint). I also found watching some of the clips, that I would rather watch some of the better films in their entirety than the bits and pieces here and there.

The segments dedicated to Judy Garland and Fred Astaire are probably my favorite bits.

This film is not in the 1001 Movies You Must See Before You Die Book, but I thought it would be a good first film for me to see before I get into more musicals this month. 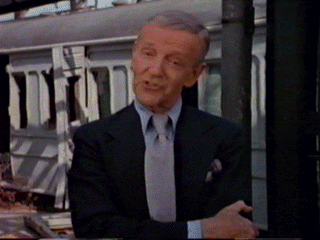 *That is to say, my definition of "old movie." Not some teenager who says they love old movies like The Fugitive.

Posted by 1001: A Film Odyssey is produced, directed and written by Chris, a librarian. at 2:30 PM