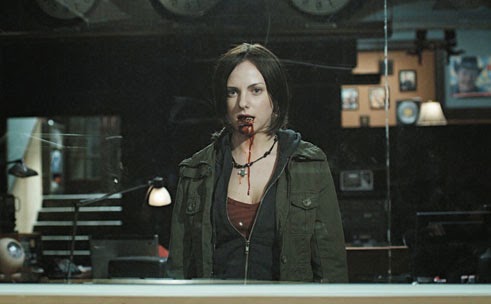 Pontypool is actually not in the 1001 book, but I had heard some good things about it and thought I might be give it a go.

The plot concerns a radio station featuring a radio shock jock named Mazzie and his station manager who slowly gets word of odd events in their town that leads them to eventually realize that their community is being overrun by strange and monstrous forces.

The big difference in this film and other zombie films I have seen (I admit I haven't seen too many of this genre) is that it relies heavily on dialogue and suspense as supposed to shock value. Admittedly, there are a couple of  scenes of traditional horror like the engineers descent into the undead in the picture above, but much is left up to the viewers imagination.

But is this film actually an allegory on how the words that spew from these radio shock jocks infects its listeners and causes them to be zombies at best or angry and violent at worst? Maybe Ted Nugent should have played the lead. 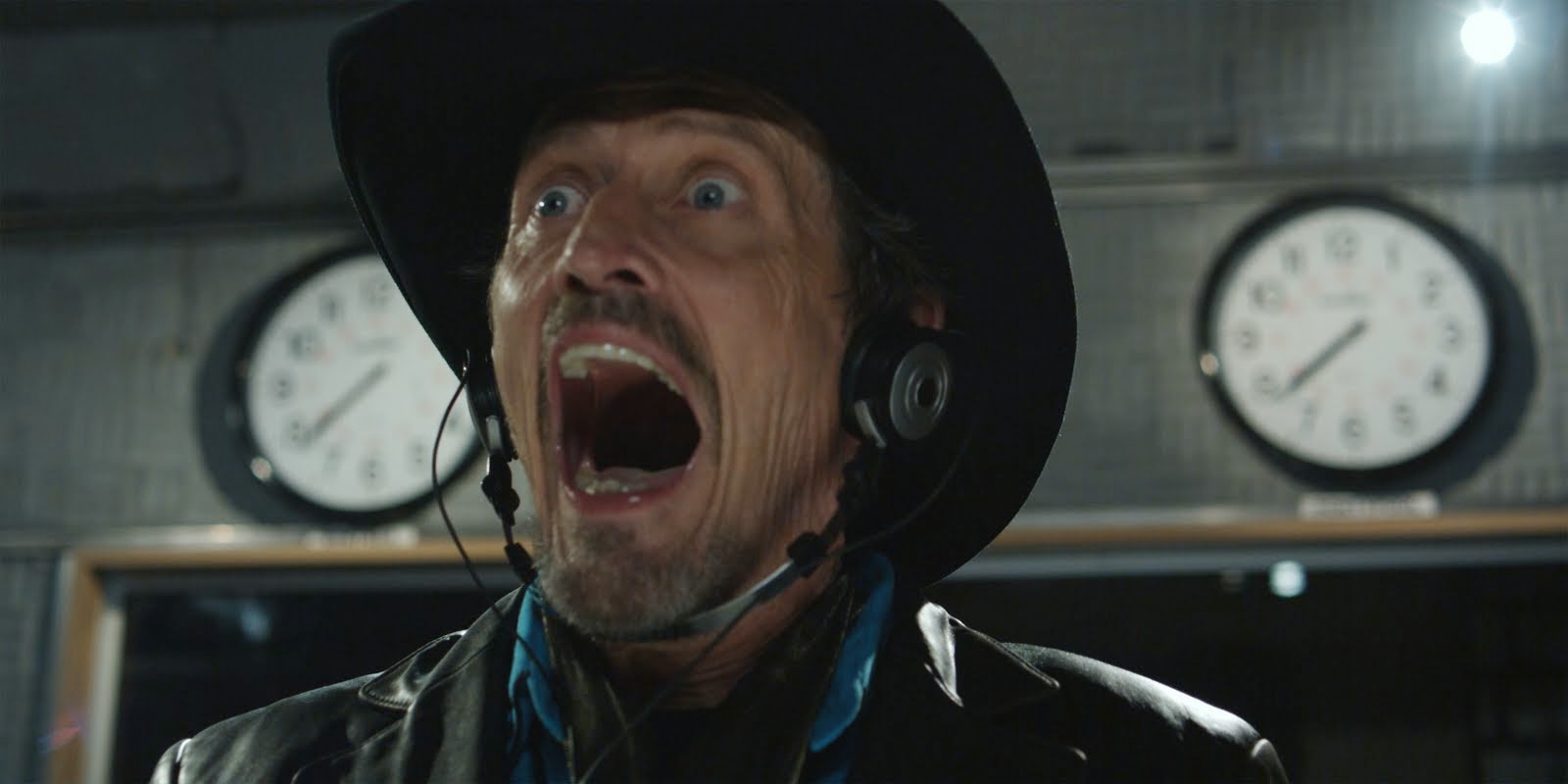 Additional casting notes: I didn't really mean that about casting Ted Nugent because Stephen McHattie does such a grand job in this role. McHattie has seemingly been around forever and ads a grizzled deep-throated credibility to the role of Mazzie. I was wondering what I remember McHattie the most in. He's played small parts in big films like 300 and Watchmen, TV shows like Seinfeld and movies like Pterodactyl Woman from Beverly Hills, a movie that I somehow missed. For some reason, I also remember him in an uninspired TV remake of Rosemary's Baby from the 70's called Look What's Happened to Rosemary's Baby.
Posted by 1001: A Film Odyssey is produced, directed and written by Chris, a librarian. at 11:22 AM