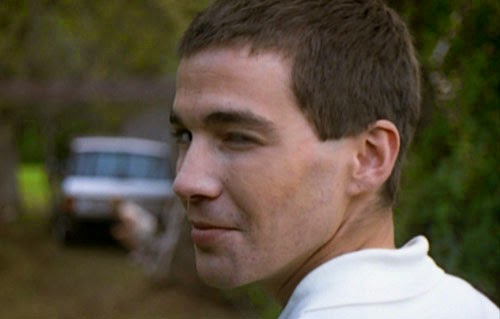 Plot: A family is terrorized by two serial killers at their lakehouse. To add insult to injury, the lead killer has the nerve to make occasional comments to the audience.

Favorite part: When the killers commit their first murder, the scene with the family comes to a virtual standstill. It is most dramatically effective. I also like the contrast to the smooth classical music beginnings and the heavy metal music closing credits.

Least favorite part: When the killer reverses the film with a remote control to change an action in the film he doesn't like. Come on! That isn't fair!

Scariest part: When the golf ball drops, signifying the return of the assailants and the viewer losses all hope.

Best Screaming: The guttural groans of a grieving father. 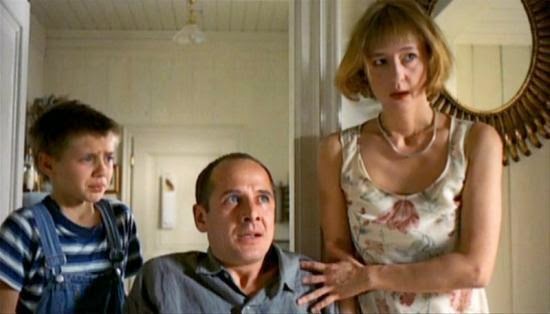 Additional casting notes: Ulrich Muhe and Susanne Lothar add a great deal to the demanding role of the terrorized couple. Muhe was later cast in the lead role in the Oscar winning film The Lives of Others. Lothar also starred in Funny Games director Michael Haneke's later film The Piano Teacher. Muhe and Lothar were married in real life.
Posted by 1001: A Film Odyssey is produced, directed and written by Chris, a librarian. at 8:29 AM